"We rise by lifting others" - Robert Ingersoll

July 2015: Market day: I heard that the 13 kids who got shipped to the other orphanage were getting teased because of their clothes: that they only got there with two outfits each, that they were old, that they were to big. So I decided to go to the markets with Thanh and Ngan and buy each of them two latest fashion outfits to make them feel better. I actually wanted the other kids who were teasing them to be jealous that they then had better clothes than they did! I know, I'm stooping to teenagers' levels but I couldn't help it. It's hard enough they got uprooted and moved, but now they getting teased about their clothes?! Give them a break. 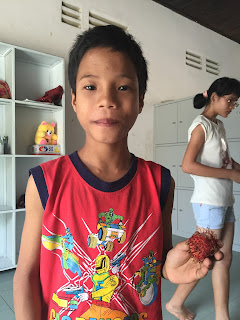 So I took Thanh and Ngan, the two oldest who for some reason did not get moved to the other place and off we went in search of clothes. It's interesting what they find beautiful compared to what I do. They pretty much hated everything I chose and I did not agree with them when they picked up this pink floral frilly number and called it stunning. They were so good at sifting through all the clothes in the markets and decoding who would like what. They knew Tram loved dresses and so they found her a dress; Tuyet likes shorts so they got her a short and mini tee ensemble.

The boys were so easy to buy for: they all got a soccer jersey and shorts to match and they were done in five seconds! 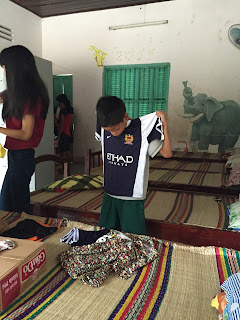 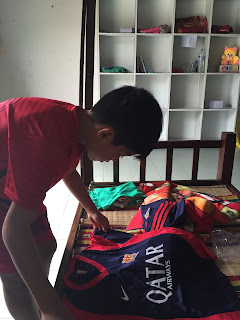 But the girls! We spent five hours at two different markets finding the perfect things for each of them.
Spending the five hours in hot, stuffy, crammed markets with locals grabbing and touching you was worth it when I saw their faces when I delivered their clothes to them the following week. They all began comparing and trying everything on. I sat quietly in the background watching and getting teary (as I always do). They then tried everything on for me and did a parade. I was just pleased that I could help increase their self esteem and stop the taunts about their clothes. All for the price of ... I bought two sets of outfits for each one of the 13 kids... And it equalled to $14 a child! Seriously! Two outfits each for $14.... Worth every cent. 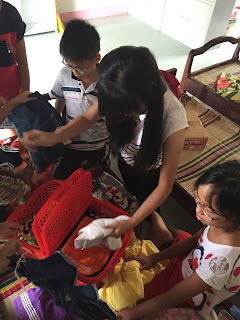 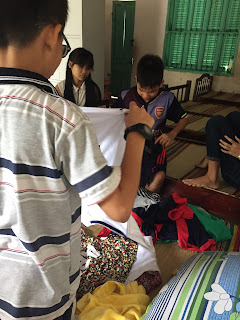 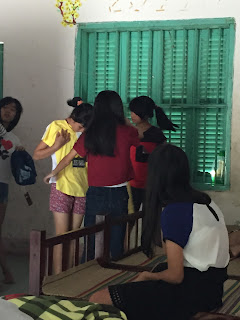 Posted by Anna LittleShoe at 11:25 PM