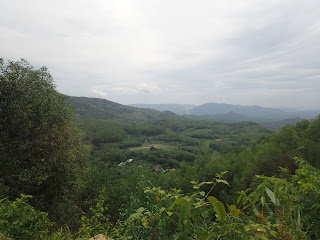 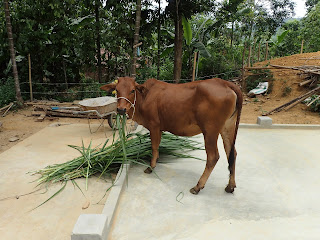 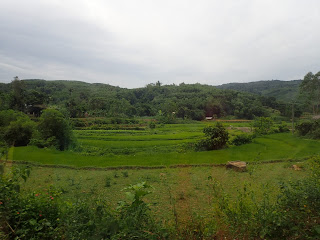 July 2015: Tien Phuoc: this trip round saw me head back out into the jungle to deliver yet another cow to a poverty stricken family. This would be the sixth cow donations have purchased. I must thank Rotary Glenhaven for contributing $500 towards the cost of "Glenda", the cow. The total cost of the cow was $600. 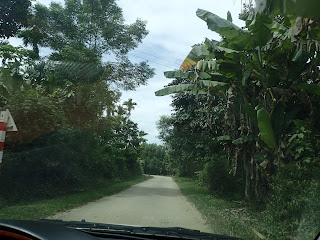 I've written about the Tien Phuoc district before. It's huge. It expands for hundreds of kilometres. Within it there are different communes. I thought I had gone as deep into the district as possible, but I was wrong. I would say today I ventured deep into the heart of the jungle. The roads were dirt and bumpy and we climbed up steep mountain tops along narrow cliff sides to get to our recipient. 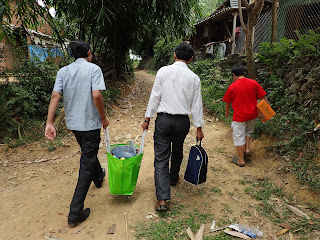 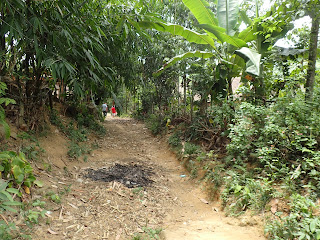 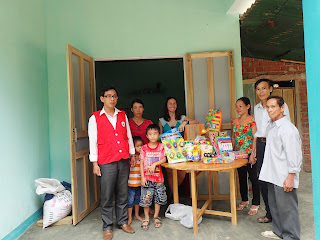 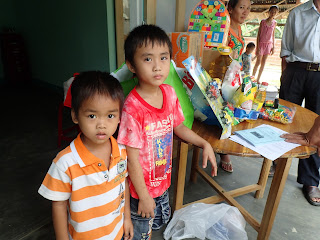 I liked Mrs Hai and her energy straight off the bat. Her sons were gorgeous. They were confident and not as shy as some other children I've met out here. As soon as I started pulling out the toys I brought for them, little Long hurled forward and tried to take them. There was a collective shout from the adults around him telling him to wait. 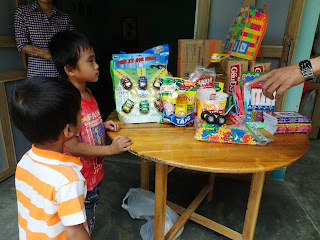 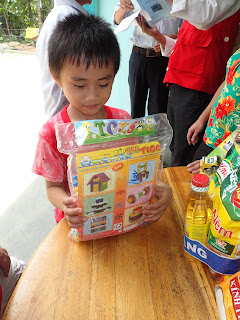 His excitement at seeing the bubbles was so magical to watch. His pure joy was something I would have loved to bottle up and sprinkle all over the world. 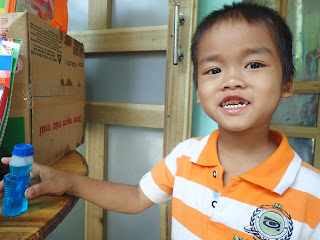 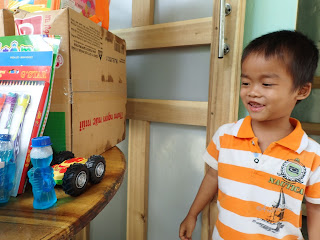 Mrs Hai told me she met her husband in Saigon when she went there to sell peanuts on the streets. He was selling lottery tickets over there. They fell in love and moved back here to her home town.

Sometimes the poorest people are the most generous. Mrs Hai wanted to thank me and so she killed one of her chooks and cooked a feast for us to eat. We had to decline as we had other people to visit. I felt so bad that she had gone to such an effort for me. In the end, she settled for me taking a bag of dragon fruit from her trees.

Mrs Hai seems like a battler, not one to crumble at what fate had thrown her way. She was emotional about her husbands passing, yet had a logical, fighter mentality about her. This was her reality: this was what she was facing: how was she going to survive this? She has the support of neighbours and her father is around to help her with the boys. She joined the Women's Union. She got in touch somehow with an Australian charity who built her a house and paid for 50% of it. She took out a loan for the other 50% of the house. She wants her sons to have a stable home and a roof over their heads. I was in awe of her and her attitude in the face of adversity. I just kept thinking... I was a year older than her. This woman was a year younger than me, with two small children and a husband who died a slow, painful cancer filled death. How would I cope in her position? I could not even fathom it. Maybe I guess, you just have no choice and have to battle as best you can. Some may give up, others fight stronger and harder like Mrs Hai. 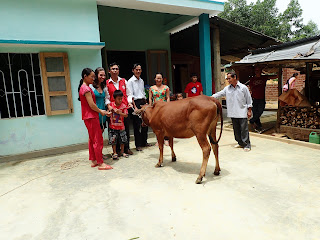 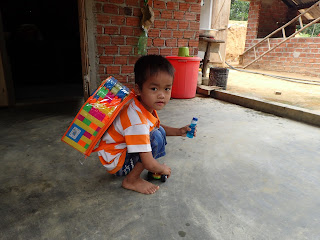 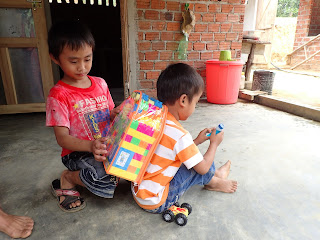 Posted by Anna LittleShoe at 11:52 PM