'A smile is a curve that sets everything straight'

What seemed like moments after arriving in Tam Ky and settling into our accommodation, we were off again. Orphanage bound. My excitement to see the kids was only bested by Anna’s. Shaking with anticipation, the untapped euphoria bubbling from her was awe-inspiring.
First up: Peace Village.  Arrival at PV was met by many familiar faces, and some new ones. However, indiscriminately, all concerned were overjoyed by Anna’s coming. With a lot of hugging and shrieks of joy we made our way to the main courtyard. 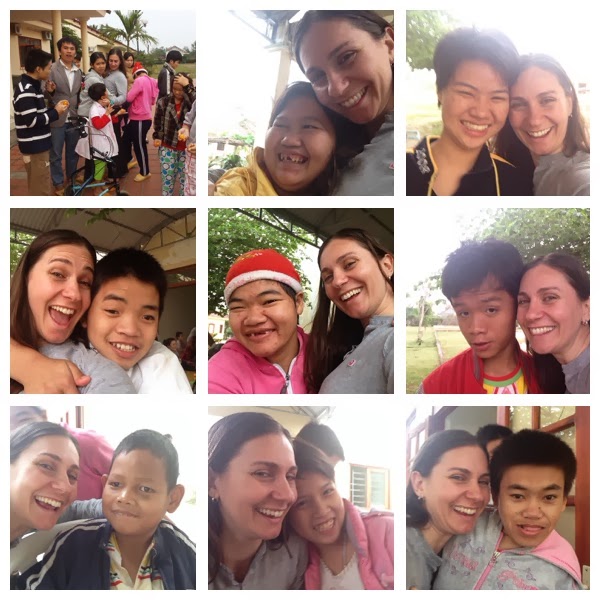 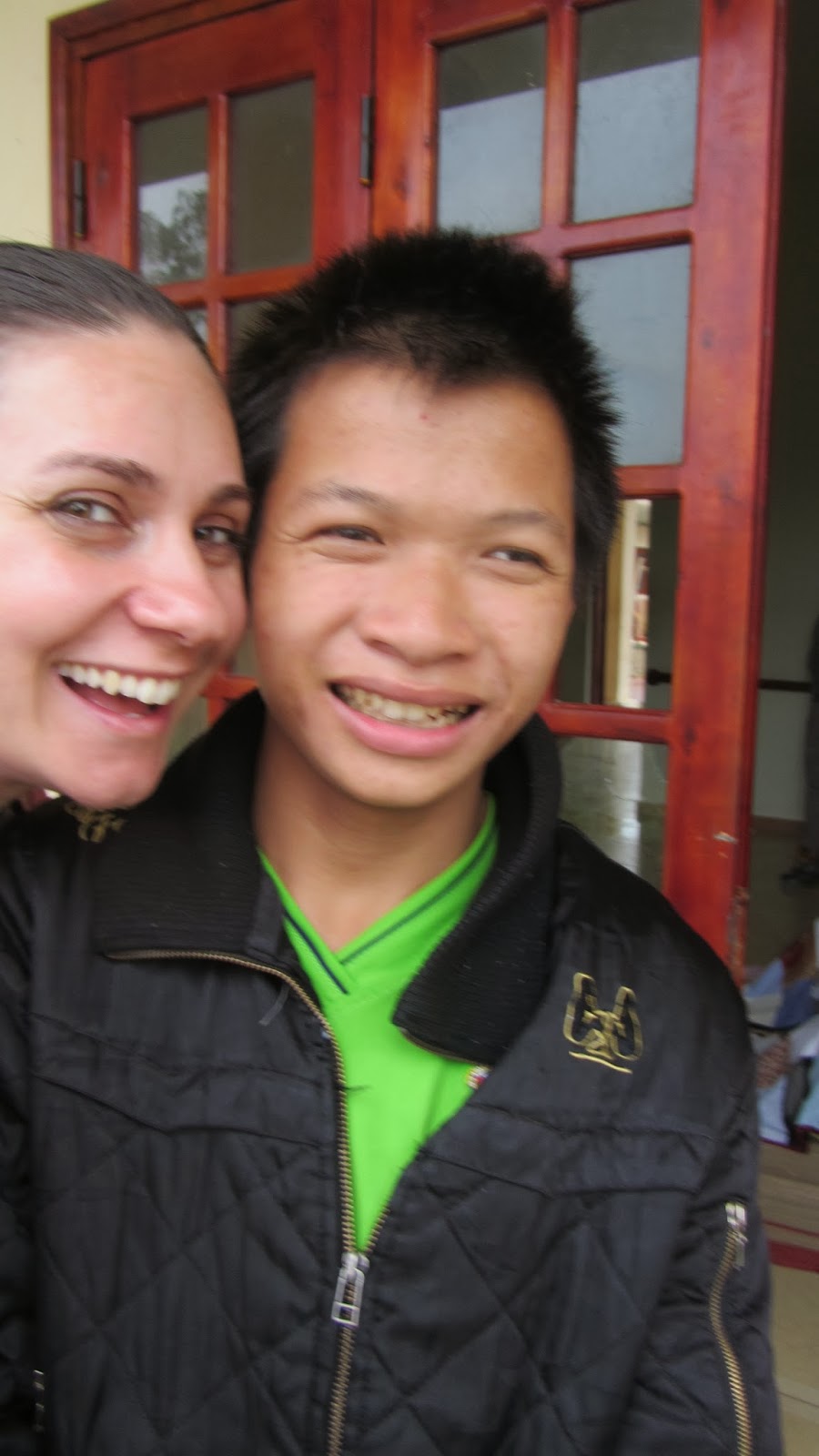 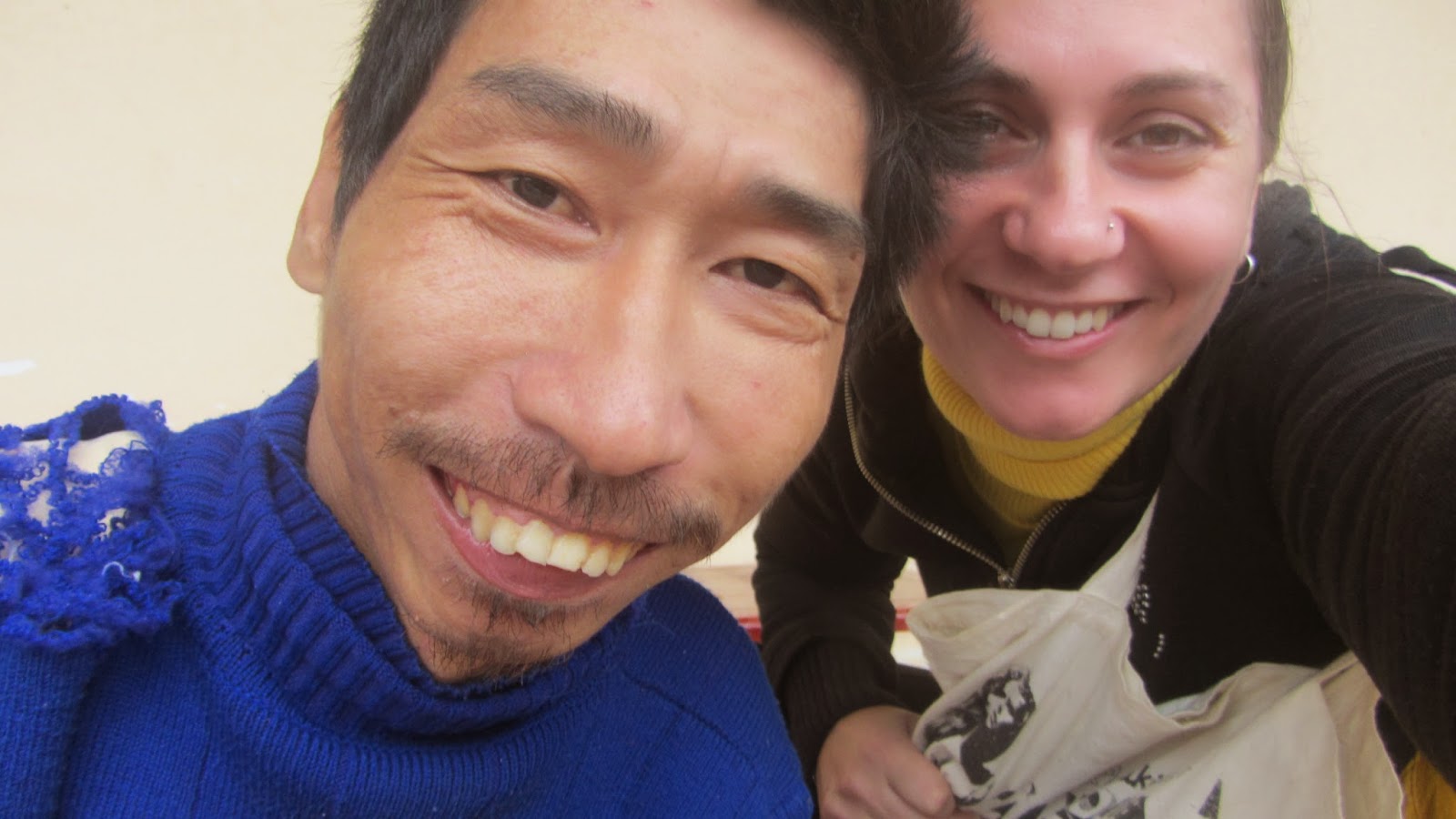 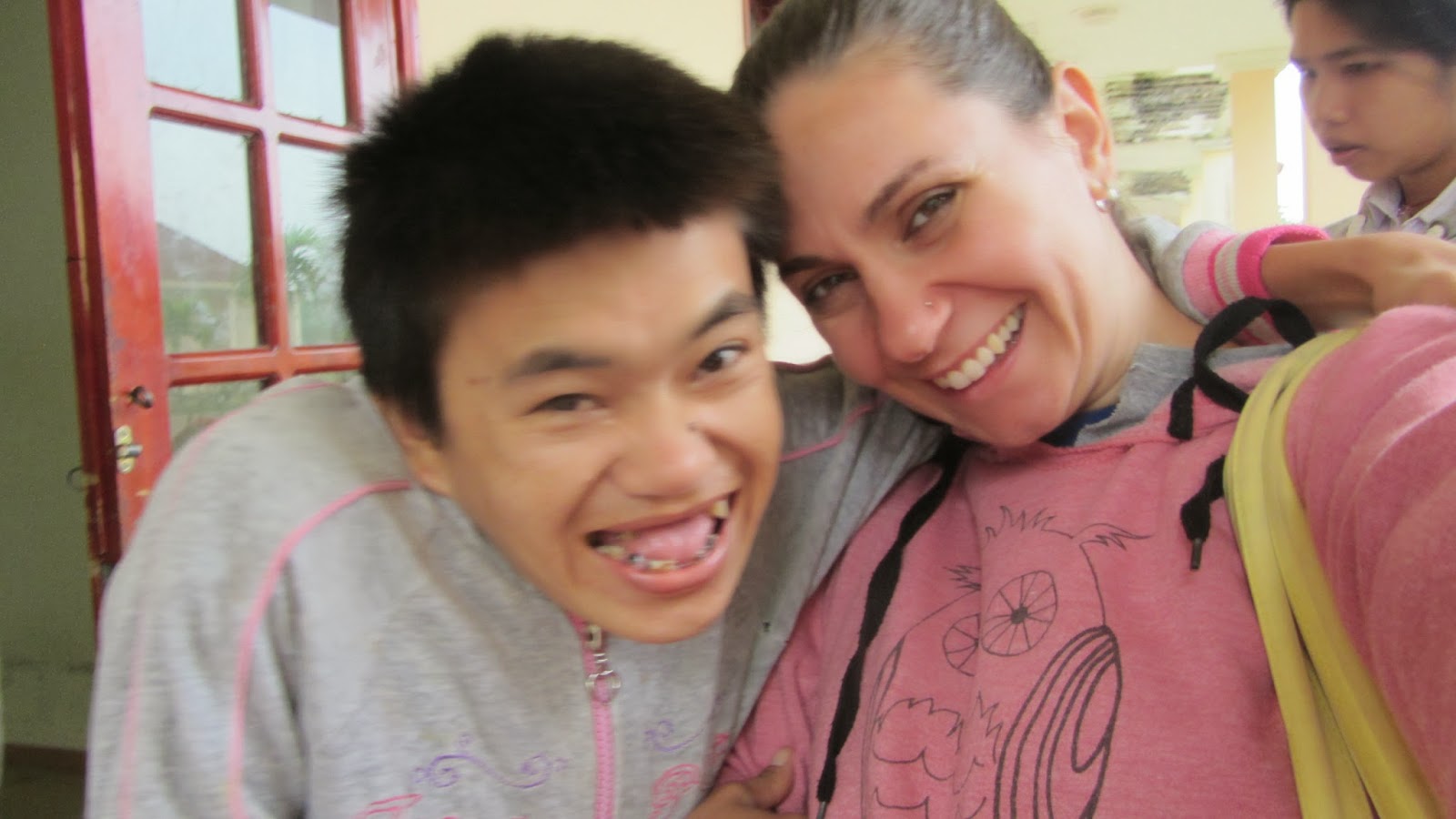 Anna told me that she didn’t really have a high expectation of them remembering her. But! She underestimated the disabled children and they did remember her. Ba, came running out, threw herself on Anna, repeating her name and sobbing. The others, Truc, Cuong, Loc, Lanh, Thao.... all had the biggest grins when she approached them. Some reached out to Anna and squeezed her hand. Again, these kids trumped us. Hands down.
PV now have 56 residents..... when Anna left six months ago there were around 24.... the carers here, super women with what they have to deal with, were smiling and happy to see us. 3 carers to care for 56 residents who in reality, need 1:1 care!!!!! 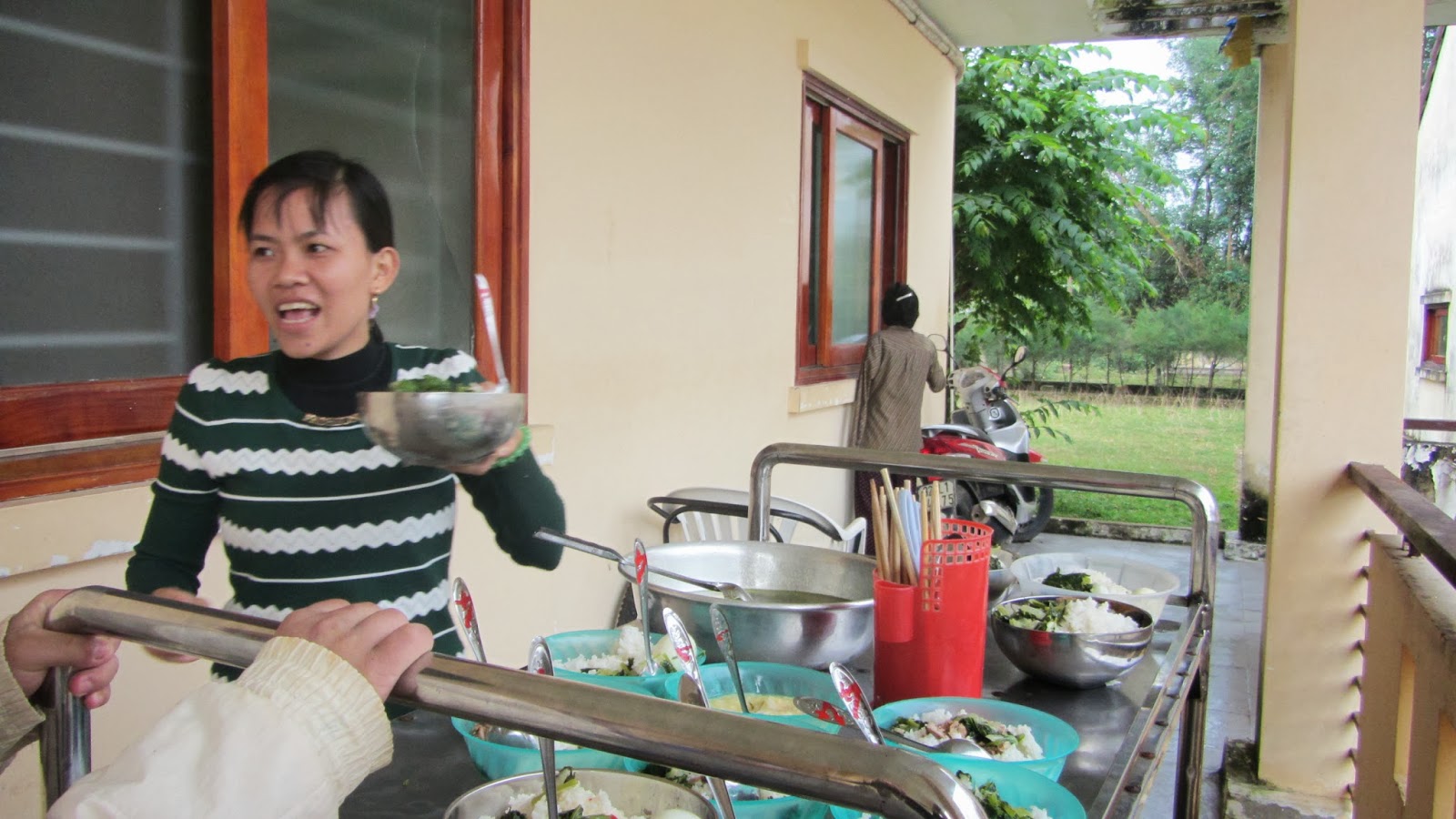 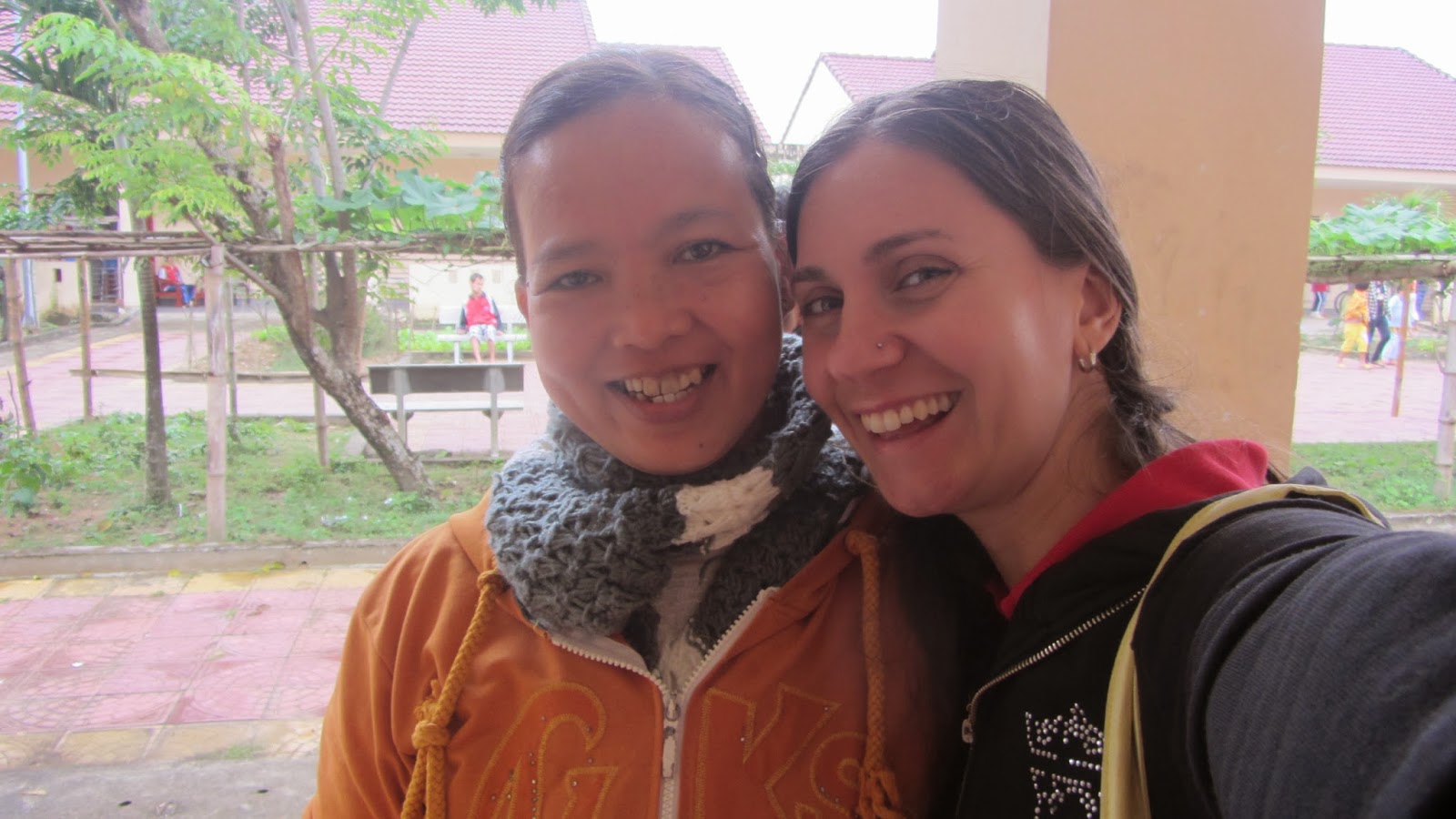 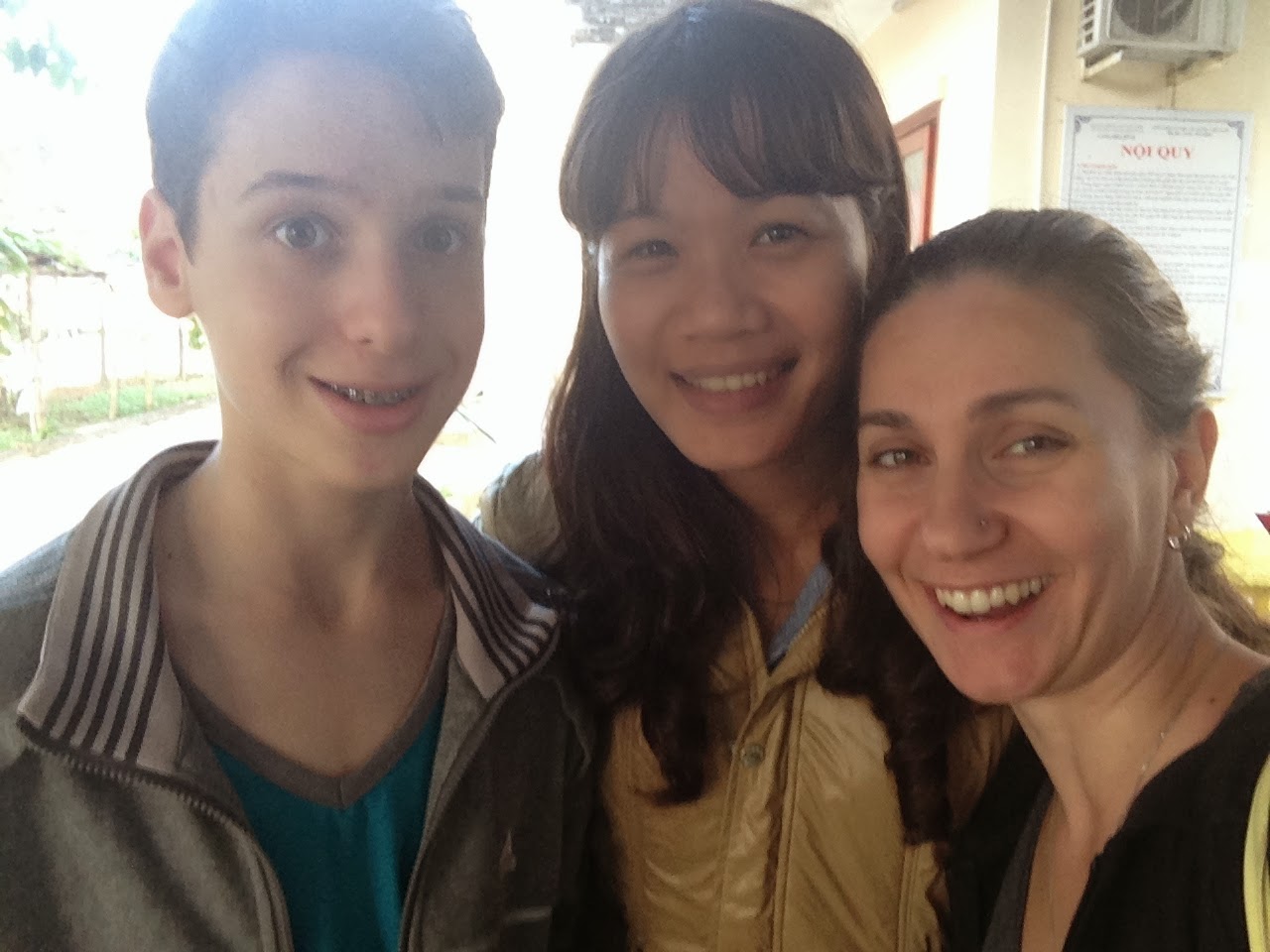 Donations fund two carers here, which brings us to 5 carers in total. Still a ridiculous ratio. 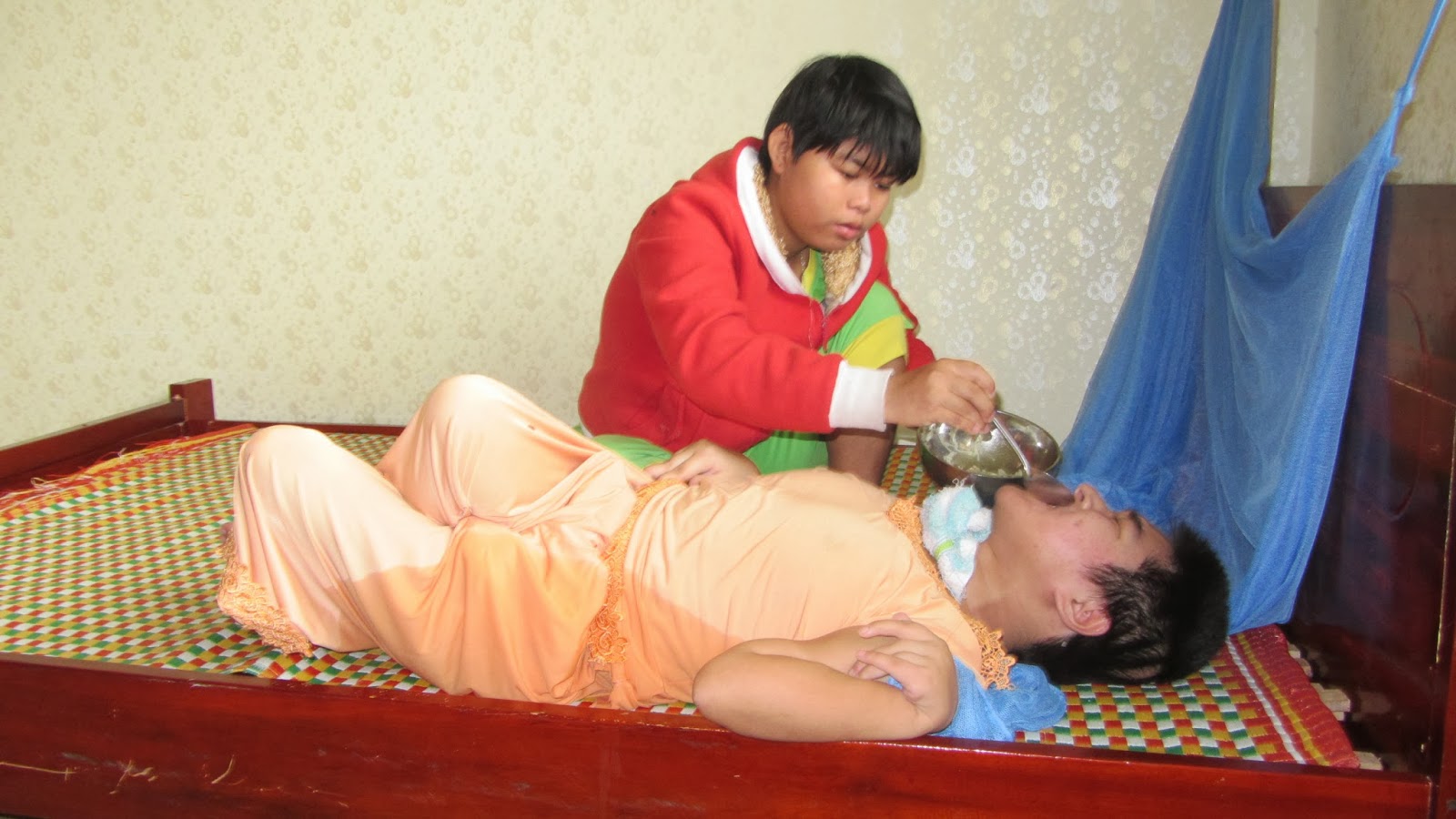 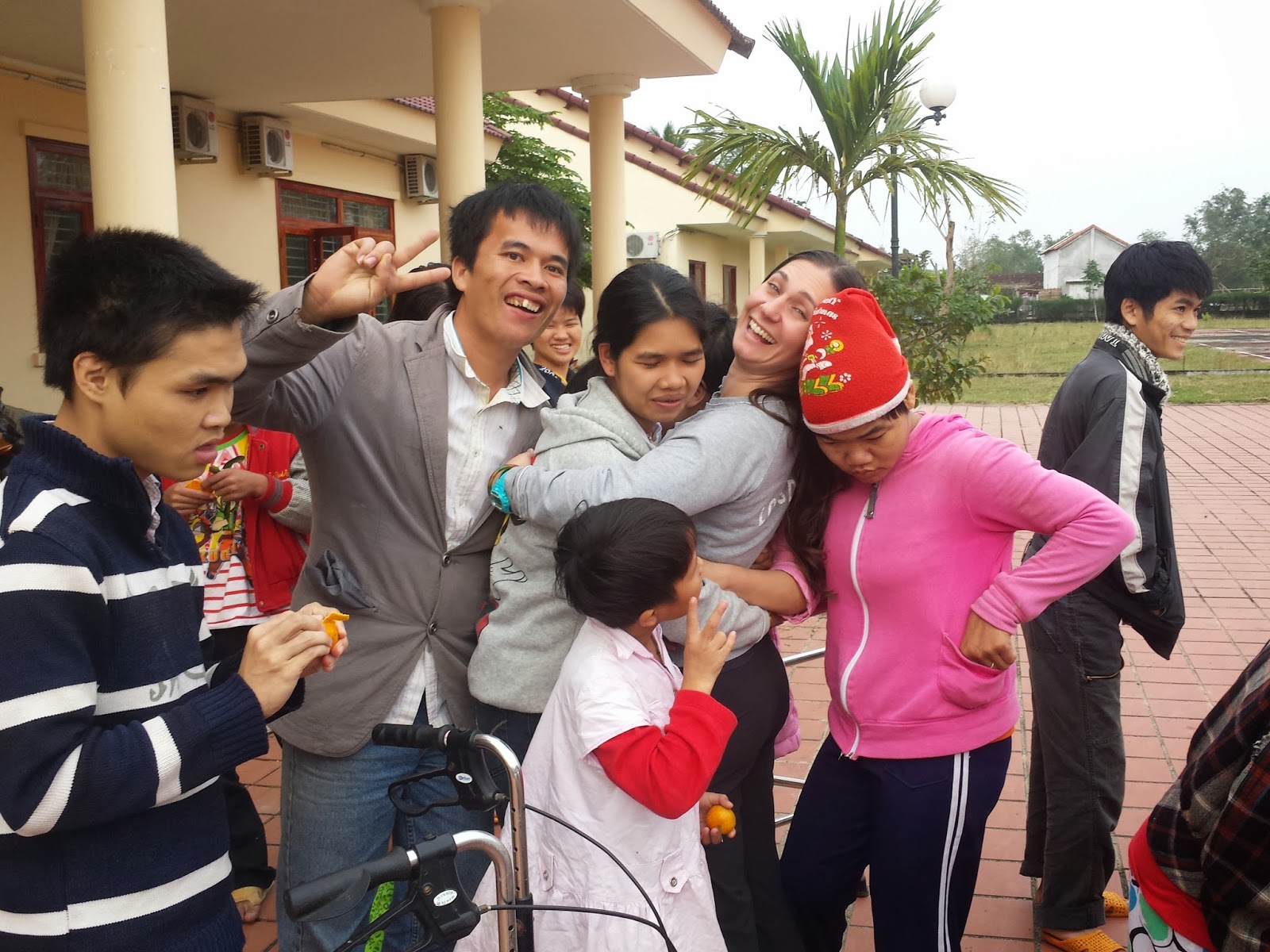 I went in search of Ngan. I found her in the second room I tried. She was sitting on the floor playing with a water bottle and its lid. At first she seemed to either not recognise me or at least not notice me. I took the bottle from her hand and screwed the lid onto it. A huge smile spread across Ngan’s face. When I picked her up I realised how big she had gotten. Nowhere near the size to match the 17 years of life that she has lived. But bigger than the toddler she had been the last time I had seen her. 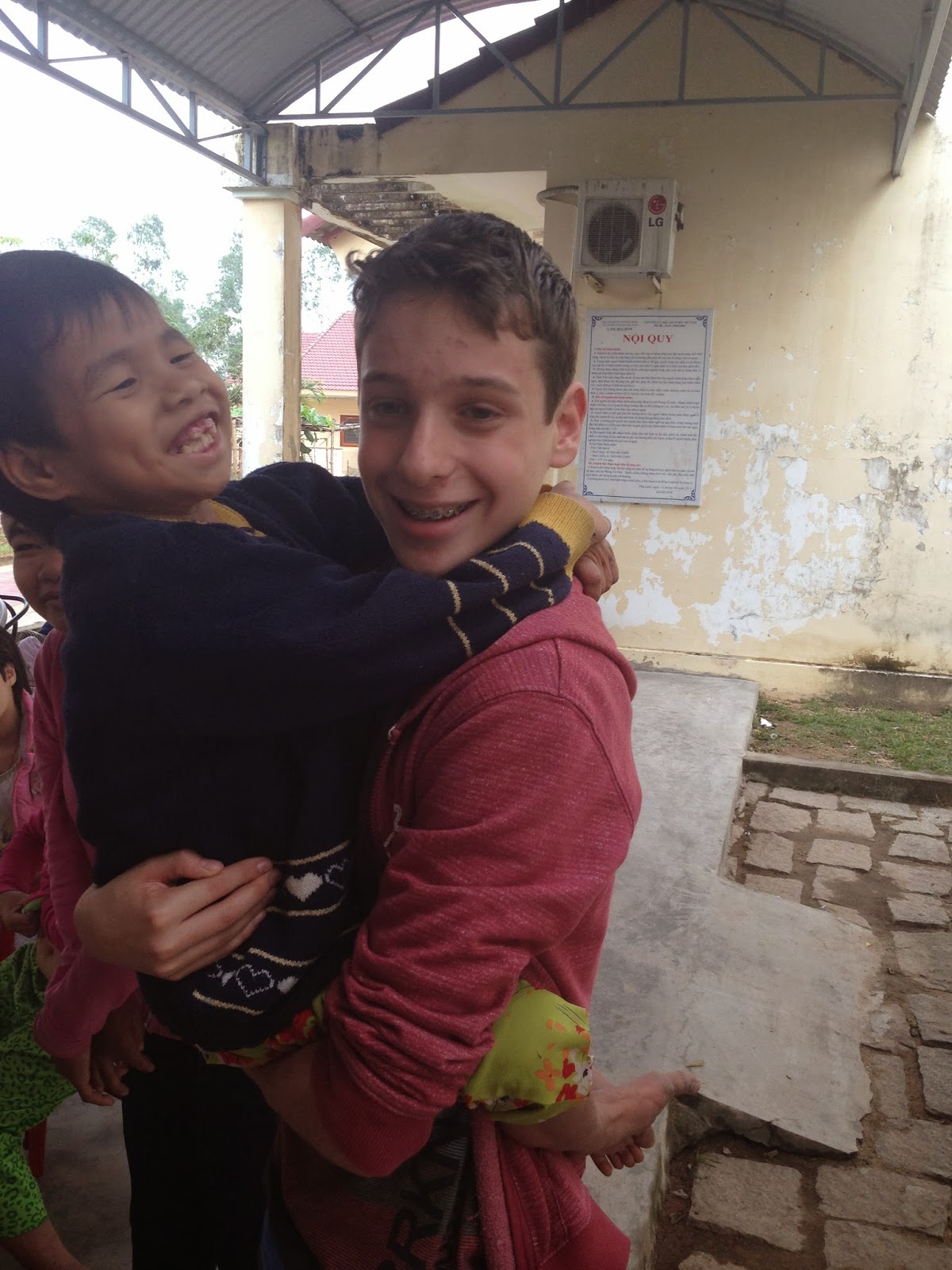 After putting her down outside and finding the other kids. I came back and attempted to pick her up. Half way up she pulls herself to her feet and sets off walking. Before I even have time to register what’s happening, she is dragging me around the courtyard.
Whether it is because I have become accustomed to the confronting nature of PV, or the overriding excitement of seeing the kids again so grown up, my first introduction back into Peace Village was to the say the least a very positive experience. We had to leave after too short a time, but I left there wanting more than I had gotten. 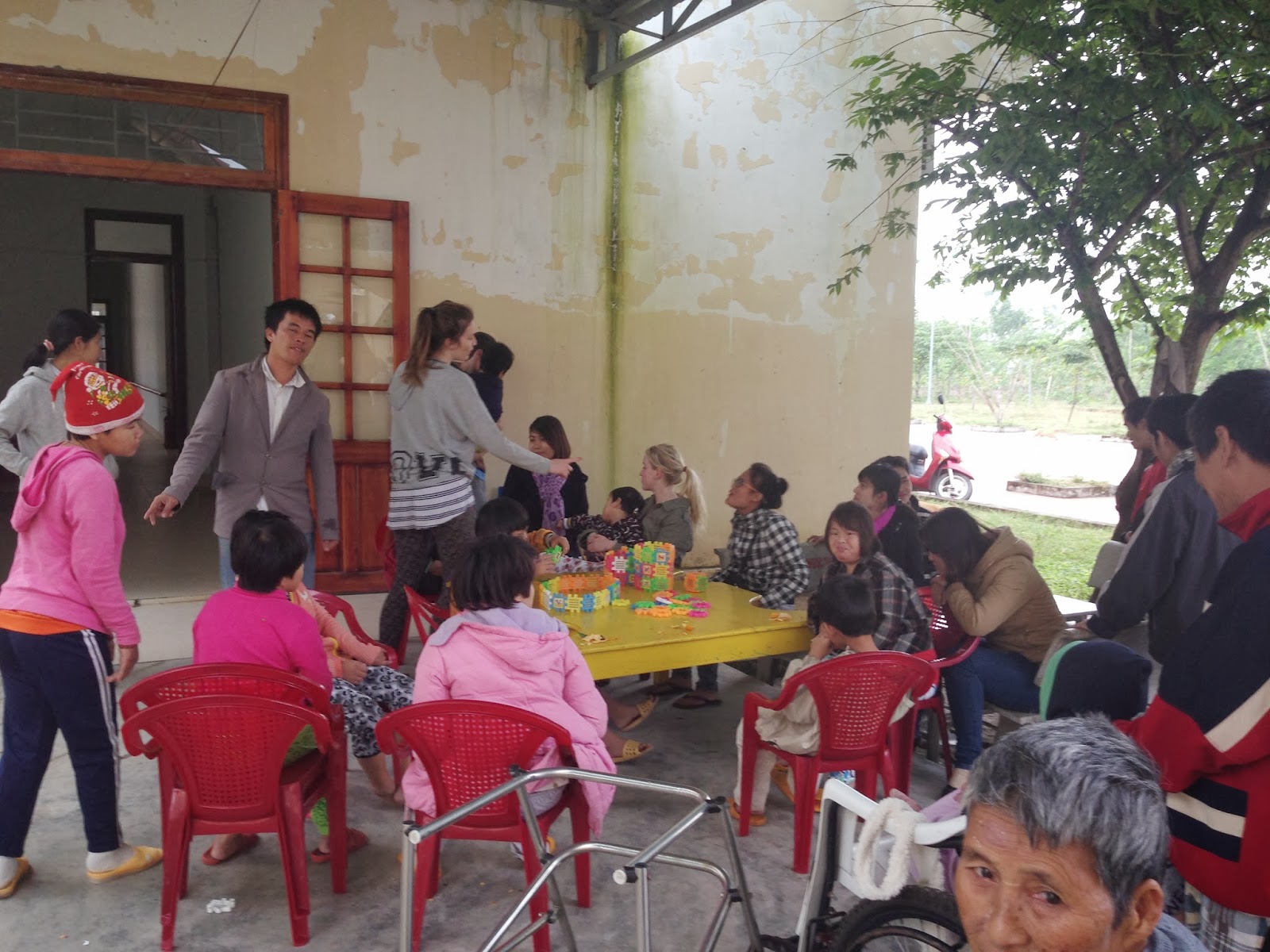 Arrival at baby orphanage was a similar if not a completely different affair. The majority of kids were at school so the welcoming party was considerably smaller than that at PV. However what the group lacked in size, they made up for in sheer noise. As soon as the car pulled in the kids were already excited at the idea of visitors. However, as soon as recognition appeared on the first kids face, the call went up and a barrage of excitement hit us. “ANNA” “ANNA” AAAANNAAAA”. After a quick hug and excited babble the first kids sprinted off into the orphanage to inform the inhabitants of our coming. I recognised faces here and there as toddlers ran out screaming bloody murder. Before long a sea of thigh-high toddlers spread out around us, pinning us in. 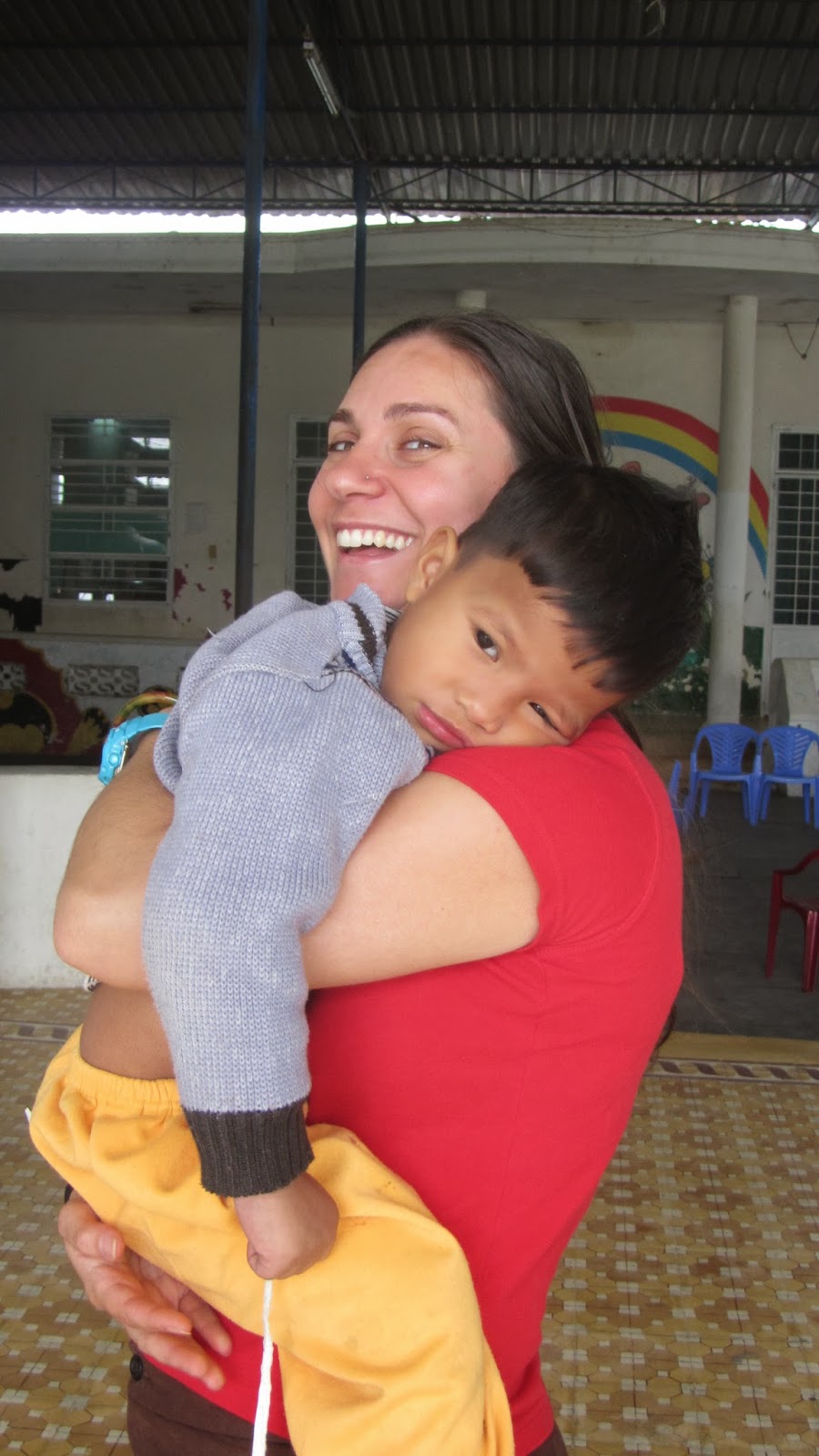 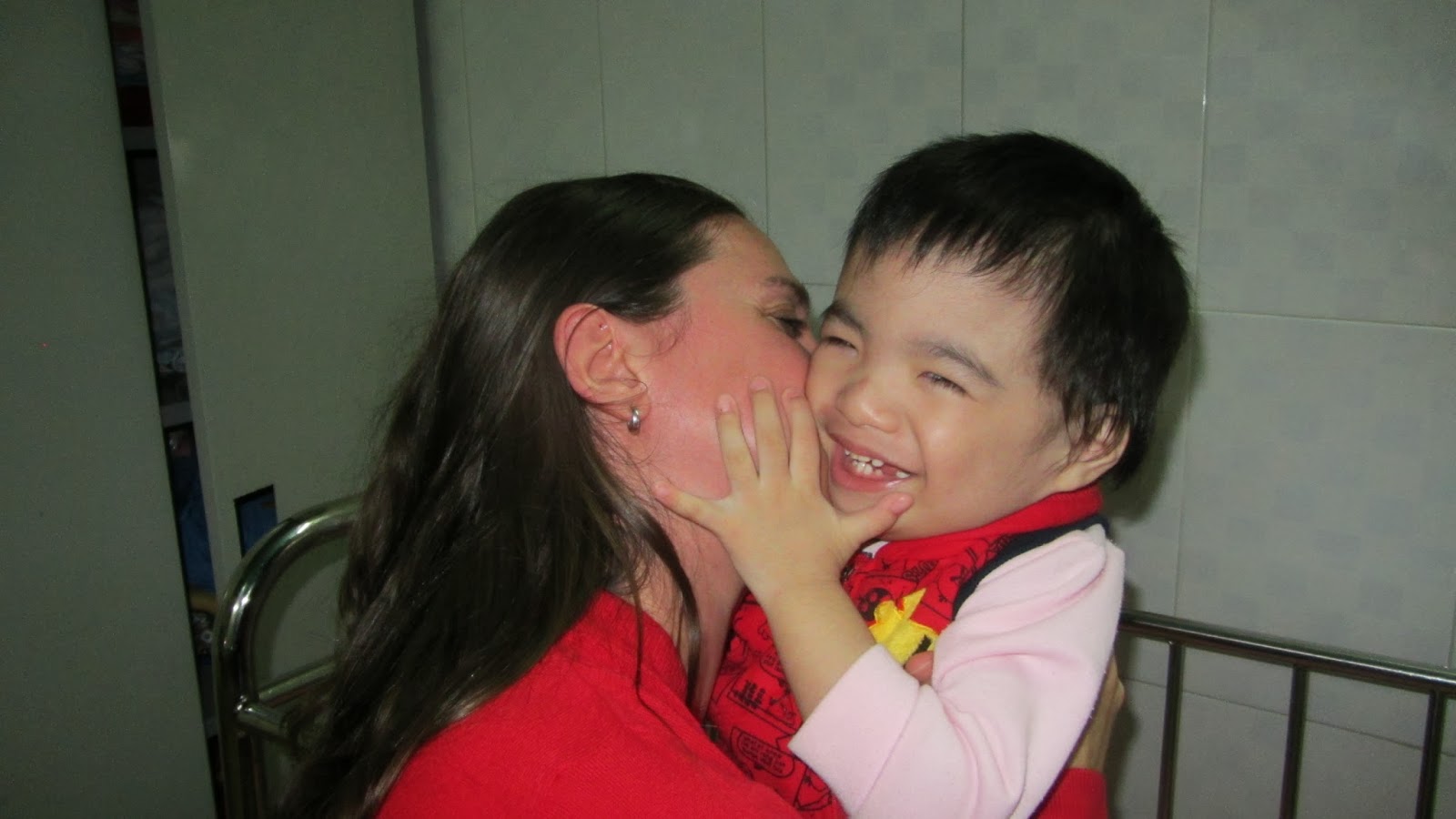 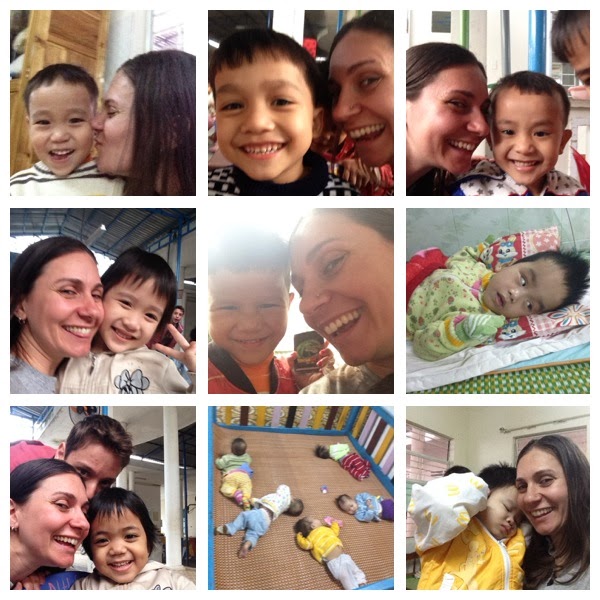 For every kid excited to see me, 10 more were clambering over each other to reach their beloved Anna. Was I slightly disappointed at the lack of attention? Yes. Was I jealous at the massively superior amount of love and attention aimed at Anna? Hell no. The look of pure euphoria spread across Anna’s face was one in a million. Her face lit up like the proverbial sun. This expression put all smiles I had witnessed on Anna’s face in the past 6 months to mortifying shame. 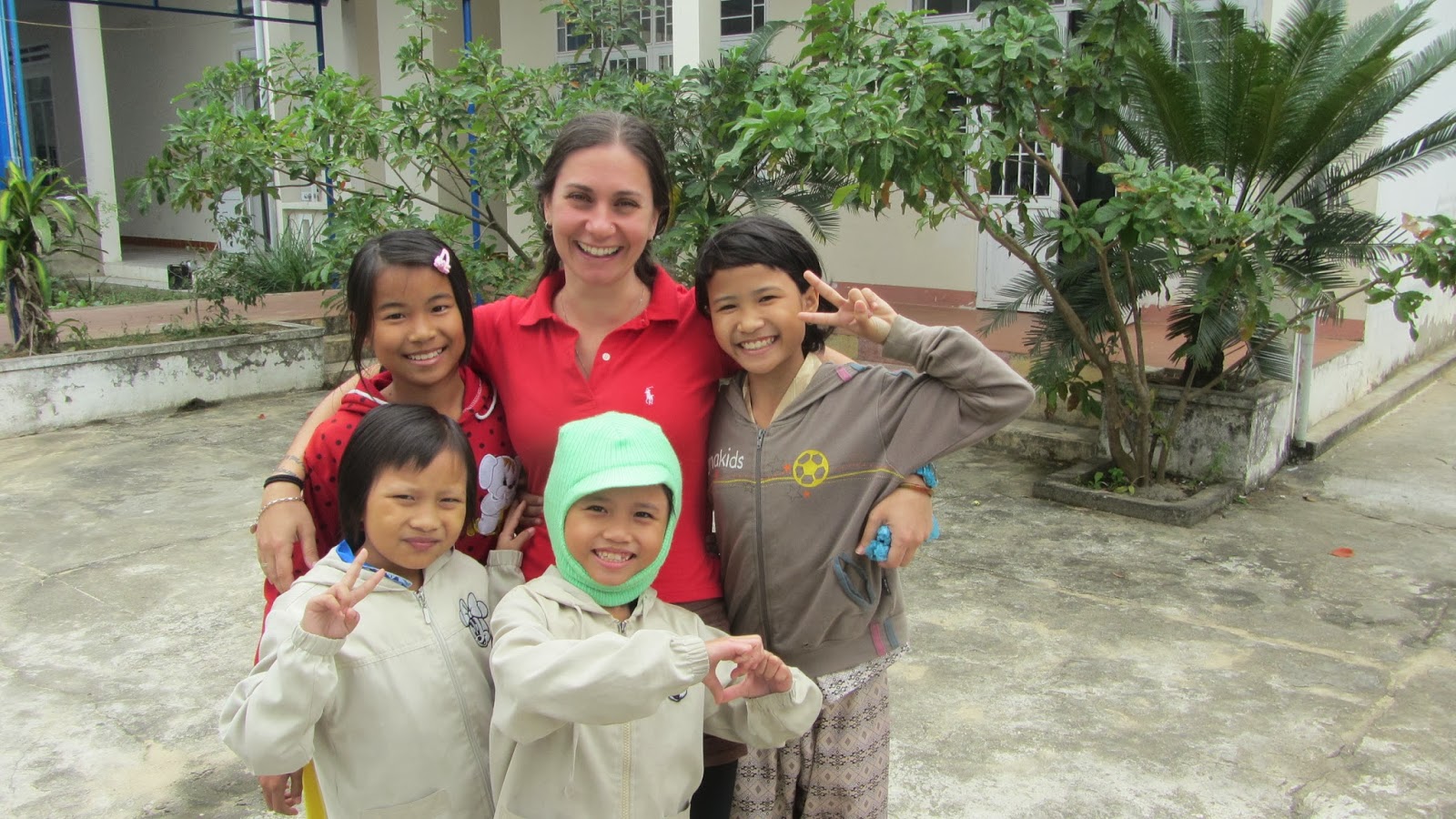 After making the rounds and picking up a few strays, we headed out the front of the orphanage to await the arrival of the older kids returning from school. The reactions were priceless. Screams, shouts, outstretched arms. One girl Anna informed me later that she wasn’t even that close with, burst into tears at the sight of her. A pair of boys on a bike were so distracted by us that they rode headlong into a group of girls standing next to us. I filmed the whole encounter; Capturing the raw expressions and primal joy flowing off the faces of all involved. 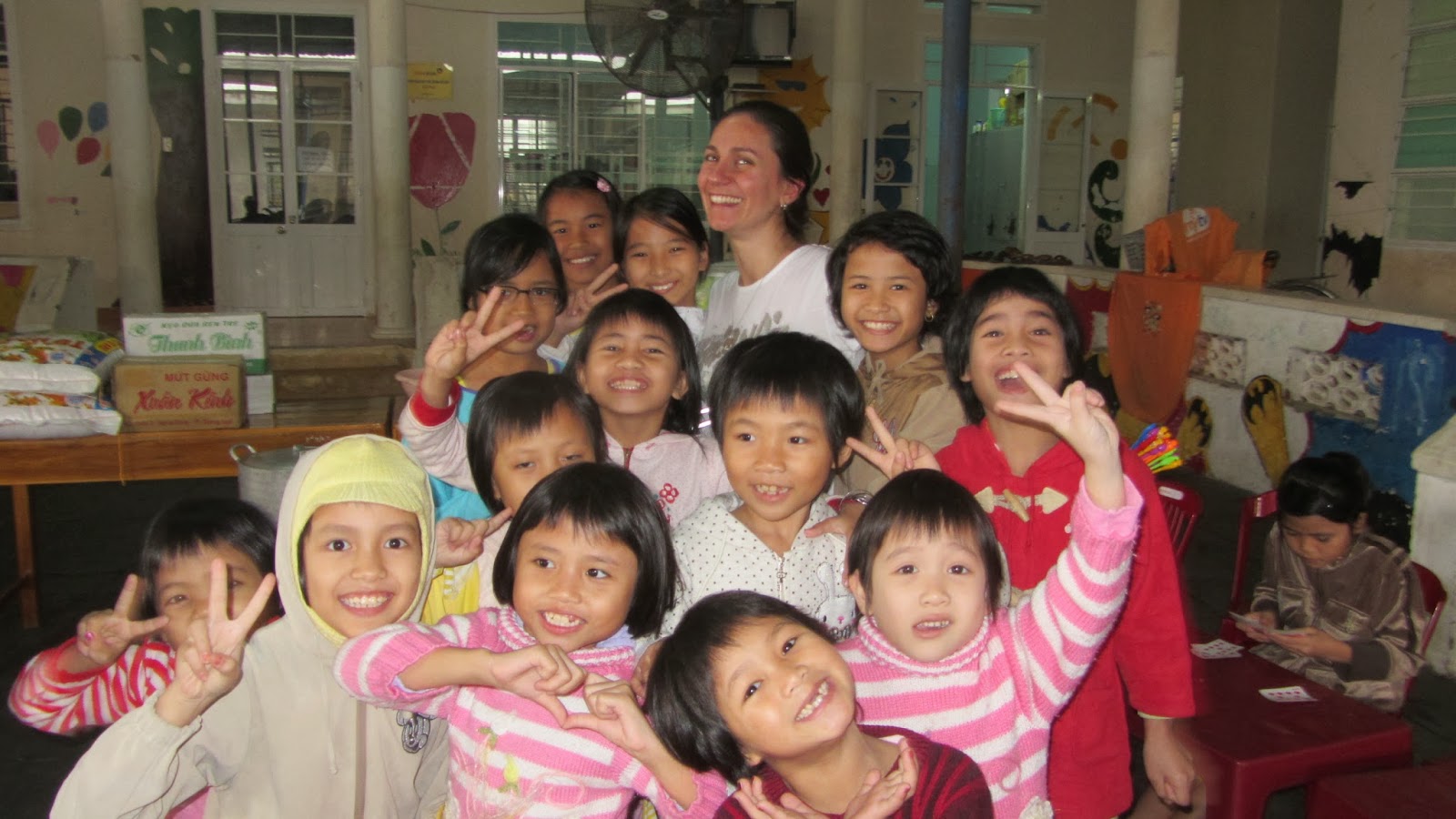 14 newborns; Laid out in a row as if on display at a supermarket. “Take your pick; we have one of every kind”. 3 boys and 11 girls…beautiful bodies of life. That first day in the baby room I re-learnt three things: how to correctly hold a baby, how to correctly feed a baby, and how to correctly become overly attached to a baby. 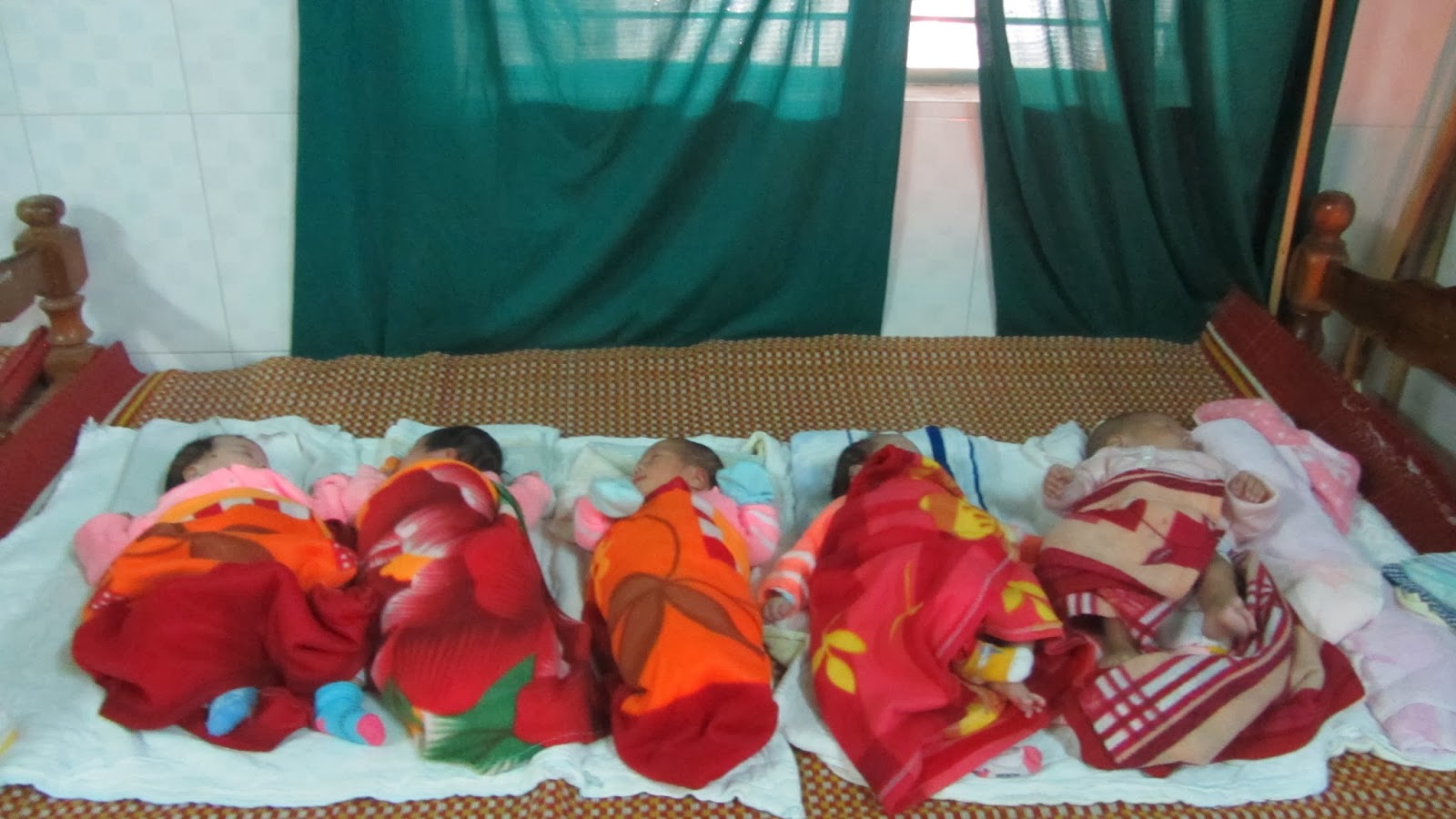 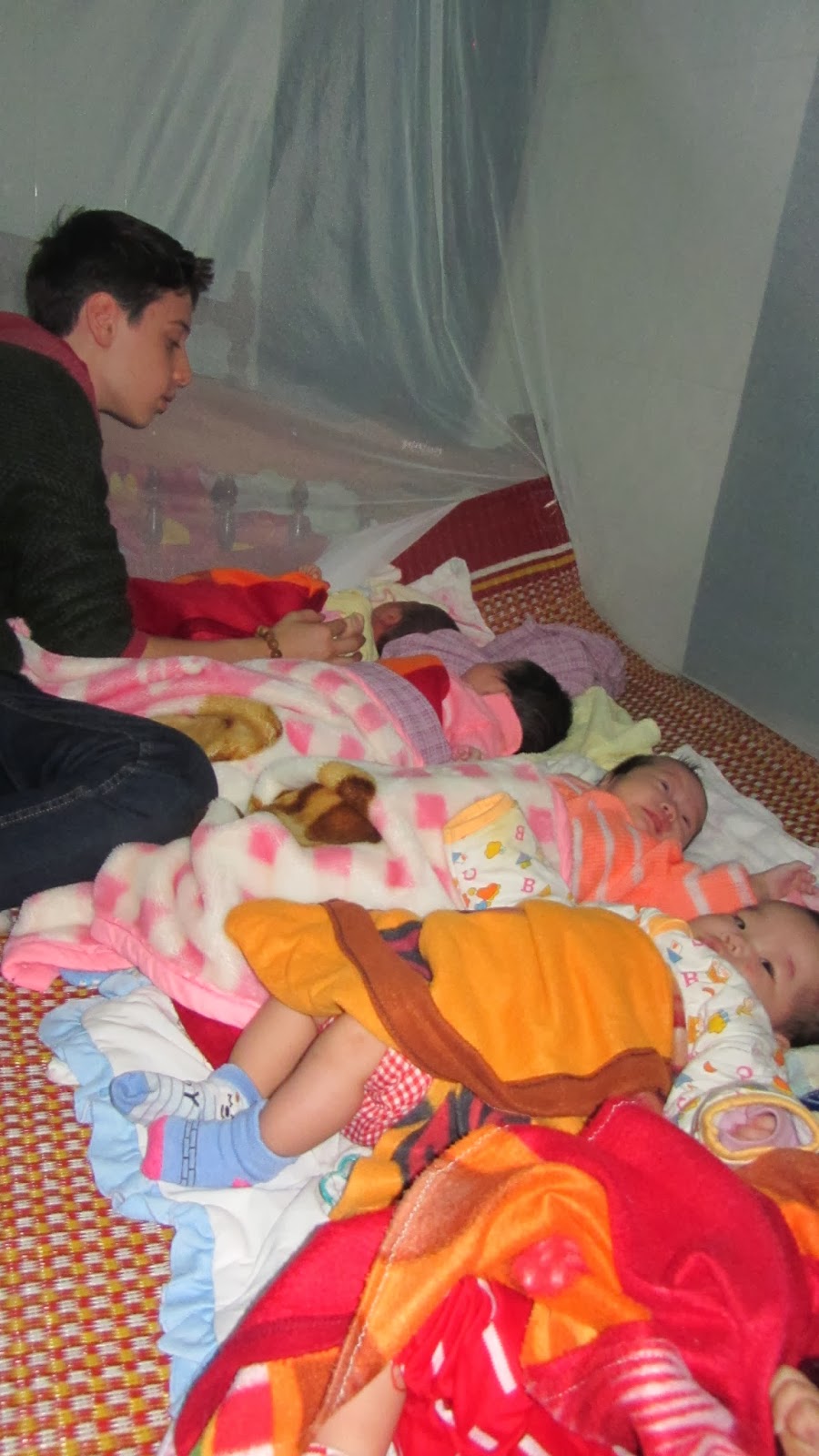 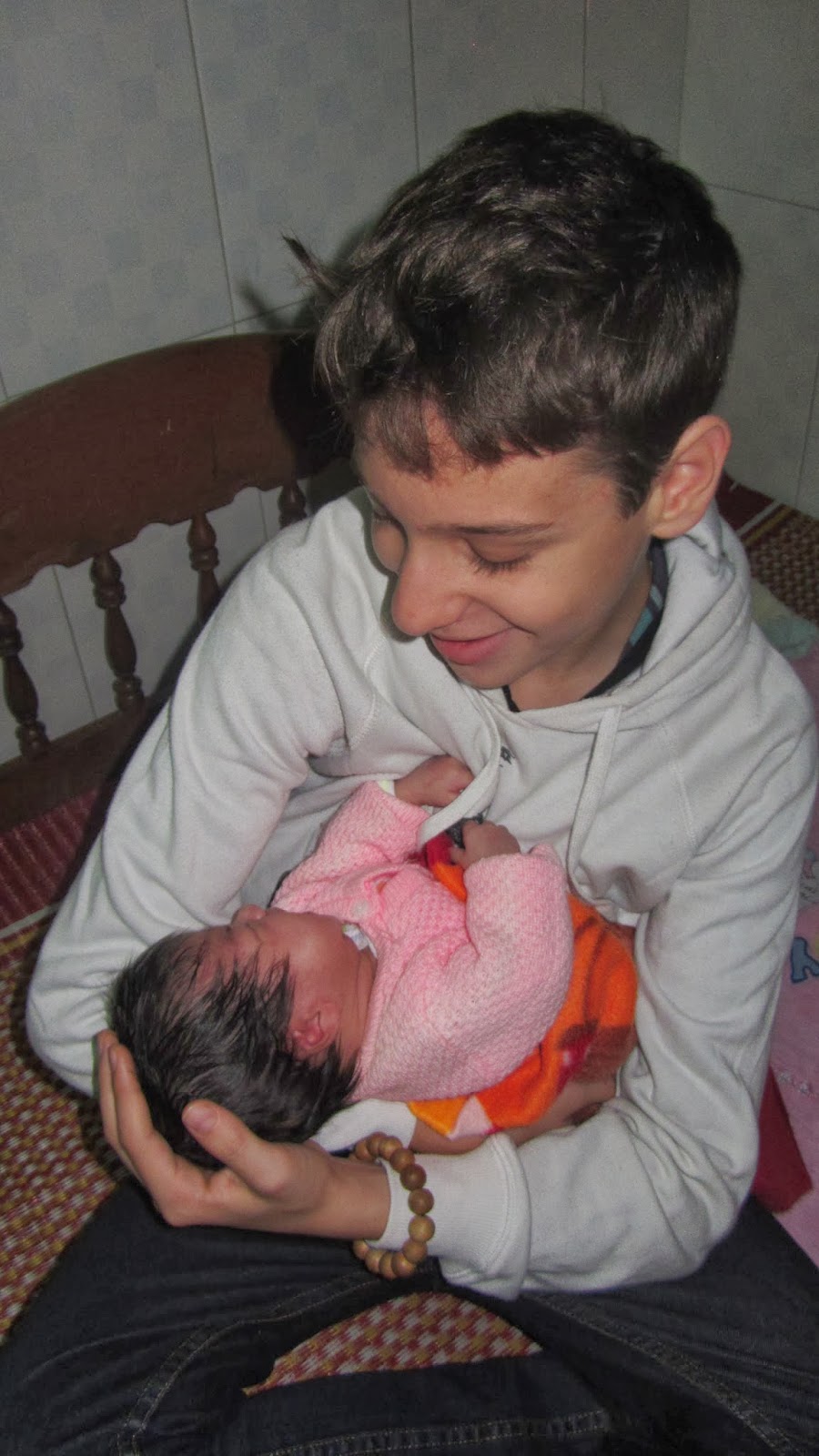 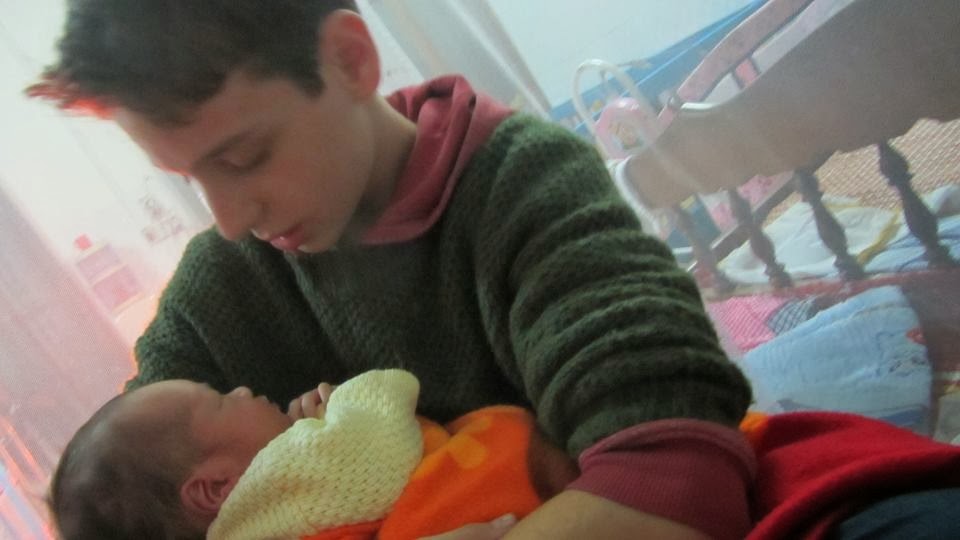 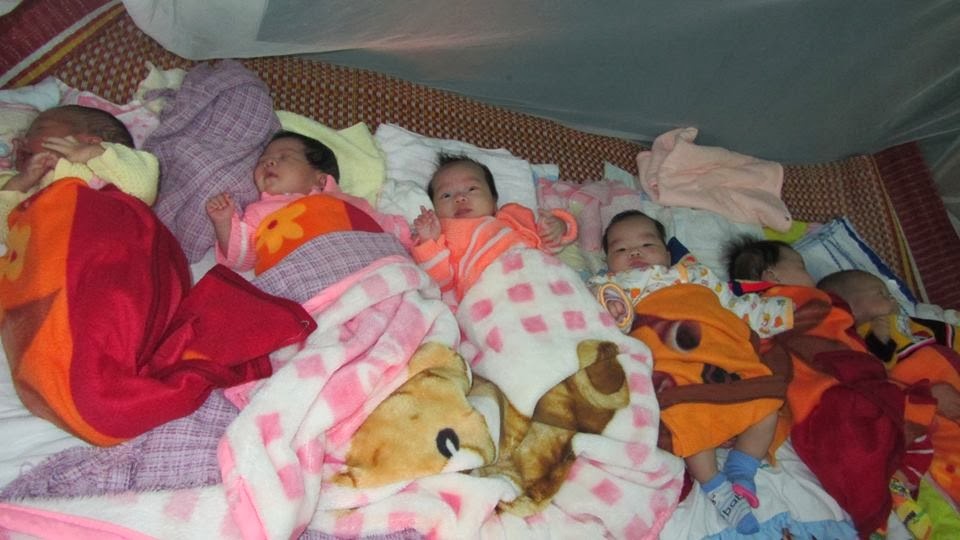 Posted by Anna LittleShoe at 4:21 PM