I could have been in a Greek village instead of Vietnam.The similarities between my culture and theirs hit me in the face today.....

My boss invites me to a wedding. "Whose wedding", I ask?
"My younger sisters husband sister in law's, brothers cousin". Right! 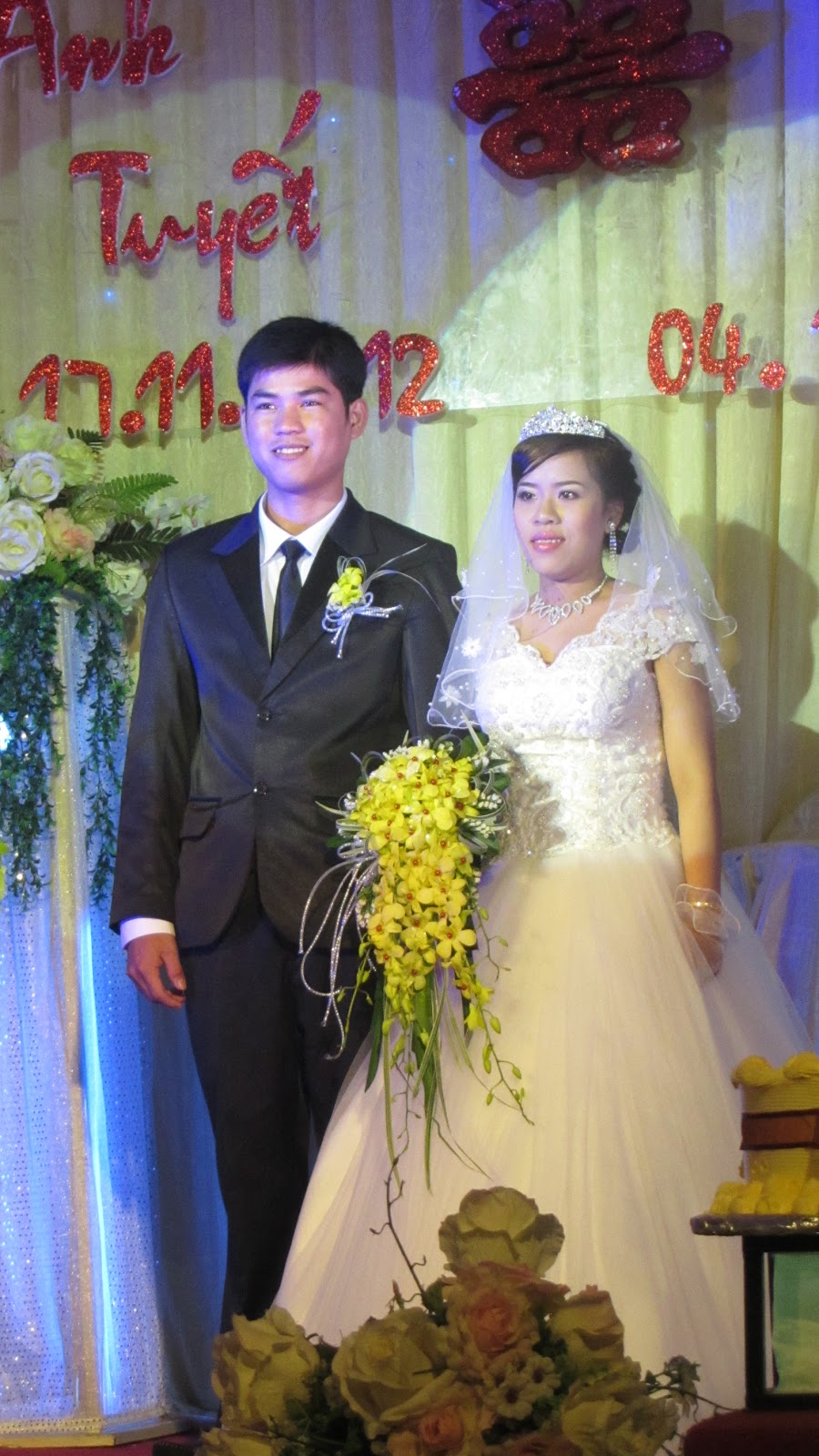 I tried to oppose however was met with adamant "yes yes yes you must come....."
Me: "No thank you for the invite, I have many things to do".
Boss: "Ok! We shall pick you up at 11am".
I arrive at this wedding and I start to feel a little used as my boss takes me by the arm and shows me off like a prized possession. I enter the hall and all eyes are on me. Conversations cease, I can hear chopsticks being put down and see people nudging the person next to them and gesturing in my direction.
I smile politely and nod my head as I walk up the stairs and greet the bride and grooms parents. I pass on my congratulations as they giggle at my Vietnamese attempt.
As you enter a wedding here, they have the envelopes on a table where you put your money in, write your name and off you go. We don't bother with cards and greetings here!
As in true Vietnamese style and keeping up with having no privacy here, everyone continues to stare as I take out my purse to put my gift in the envelope. Some have no shame and even get up from their tables and come right up to me to inspect. The video man even turns his bright light and camera on me..... Oh Jesus.....
I felt like everyone was holding their breath to see if I gave the right amount.... Unbeknownst to them I have been here a year and have been to a few other weddings. I was also warned by my best friend Mrs Hanh. Vietnamese people generally give 200,000 VND. About $10. Since I am a foreigner I would be expected to give at least 500,000VND. About $25. Apparently every foreigner has money and is rich you see.
A collective exhale was heard around the hall which I took as a sign of approval at my gift. Eating, chatter and organised chaos resumed at this point.
Being the only white person amongst 500 Vietnamese locals earned me a superior status. I was walked down to the front of the hall and was seated at the table with all the guests of honour.... Bride and grooms parents, grandparents and the like. My protests fell on deaf ears.
I find the Vietnamese are so hospitable and generous sometimes that it is suffocating. 'No' does not exist in their vocab and it did not matter how many times I said I didn't like it, I am allergic ( a lie which didn't work either) or just plain old I don't want any! I was going to get it so that little voice inside me told me to quit my whingeing and deal.
I was forced to drink beer. And a lot of it. I didn't want to seem rude, I am sure I seemed rude enough by protesting at all. I figured I would just sip it but no luck. Every time someone takes a sip of their beer, they cheer. So I was sipping every 20 seconds. 'Mot, hai, ba, YO!' 1,2,3 YO as the cheers goes. As soon as there was even a remote empty space in my glass, it was topped up.
The entire menu was food I did not eat. Fish, duck, prawns.... I thought I could just eat the vegetables but alas I was too slow and they had poured half a cup of chilli onto it before I could take any. Chilli and I are not friends. 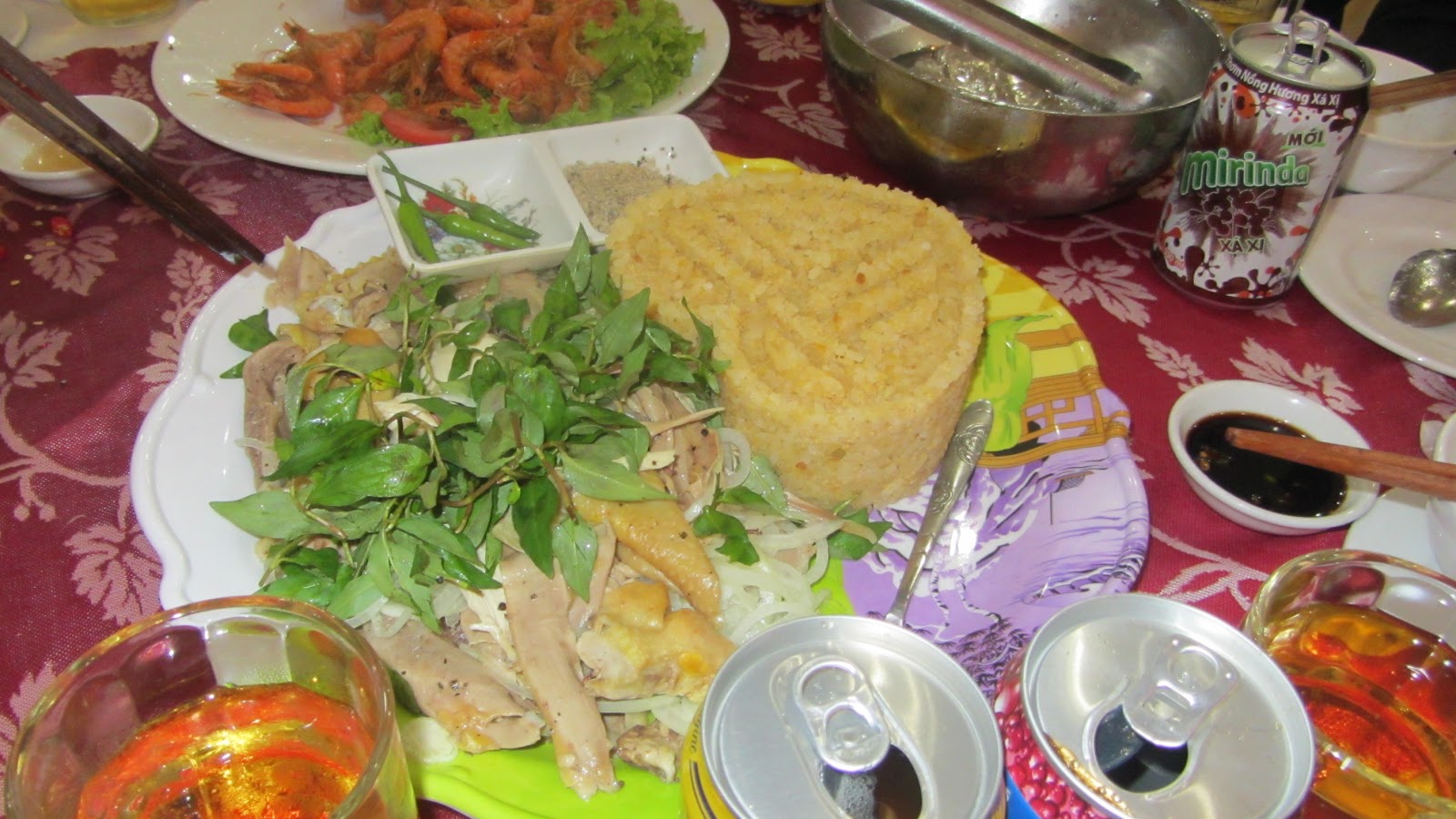 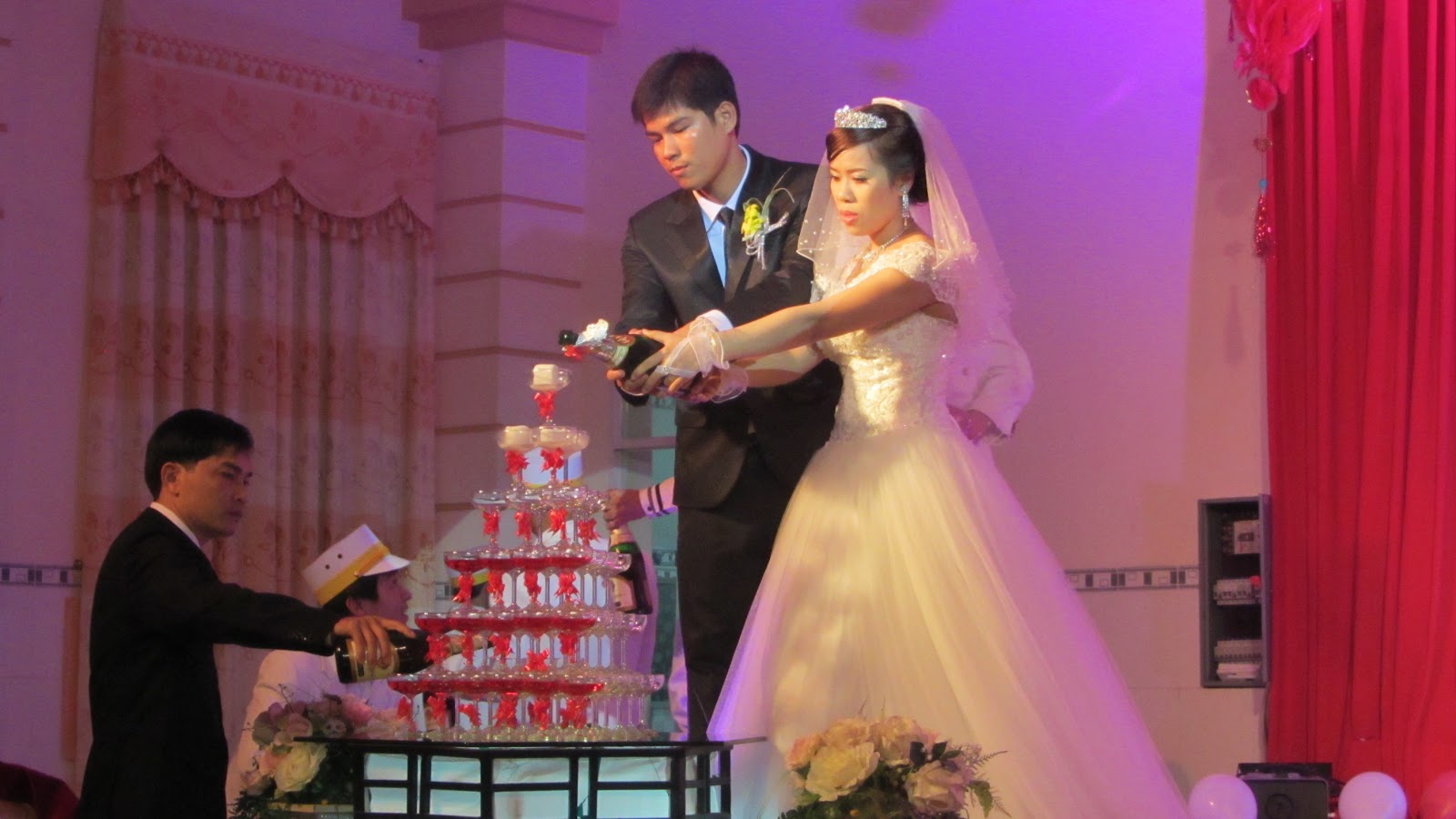 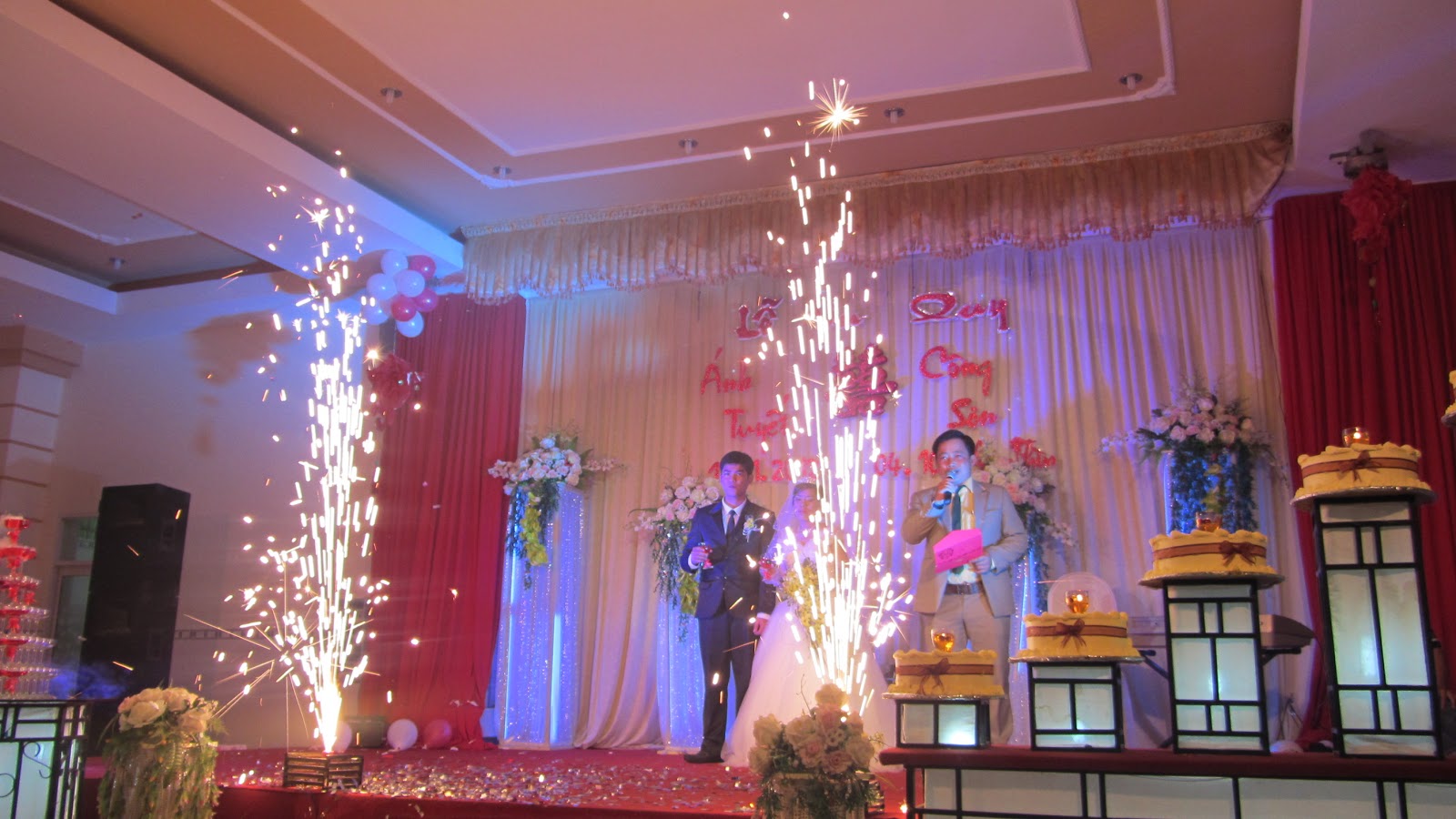 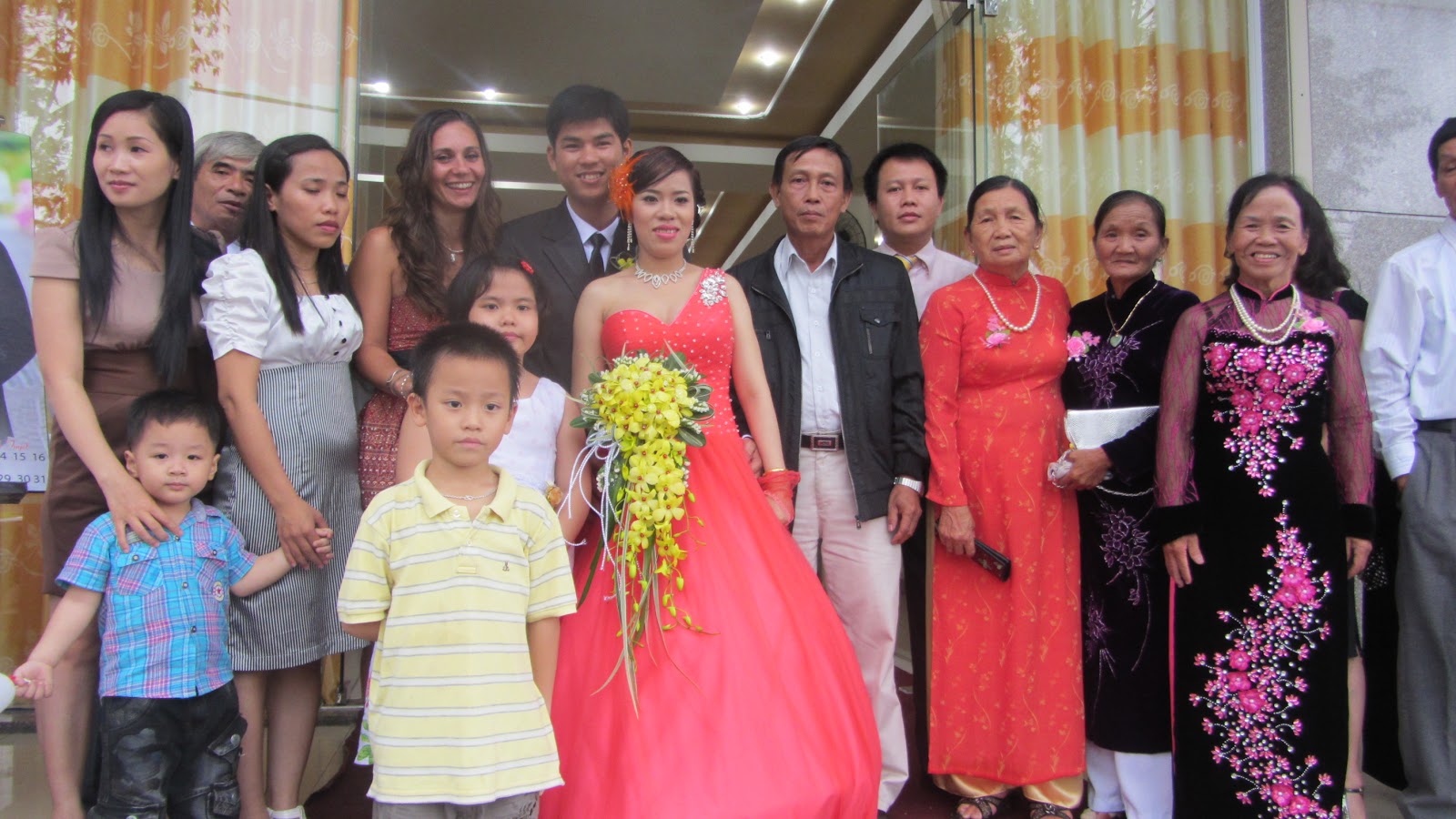 I love how people are so giving and generous here. Even when they don't have much for themselves, they go above and beyond to help and be hospitable.
Mrs Hanh, whom I do not think I would have survived here or achieved so much without her is one of these people. I joke with others she must be the underground mafia of Tam Ky.... Anything you need or want or have to find, she knows someone who has it/ can do it for you. 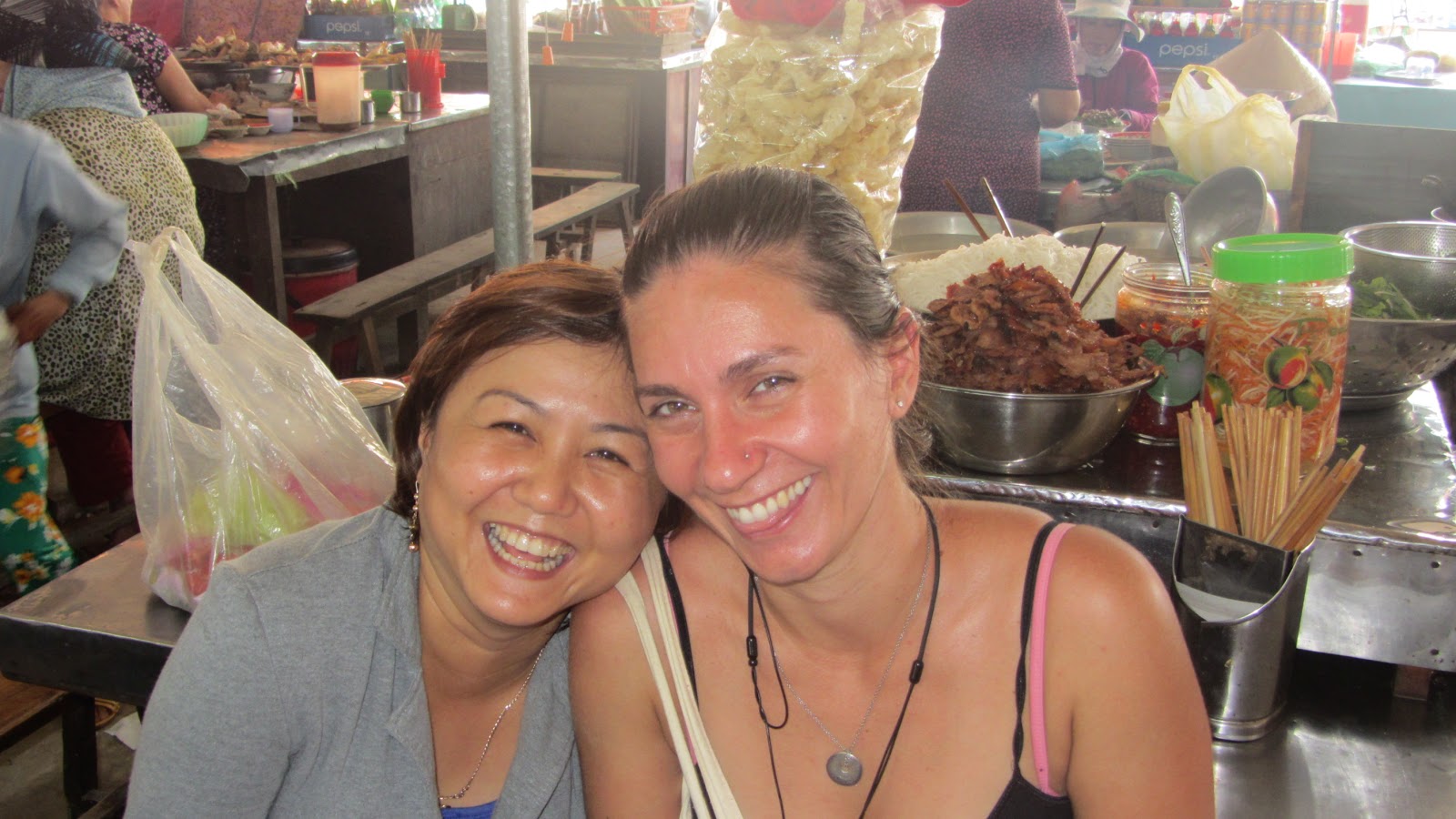 Having lost her job last month and her husband having to pull double shifts now to make ends meet, she still goes out of her way to make sure I am ok.
I see her as a friend yet also a mother figure. It's weird cos she is only one year older (and shorter!) than me but fusses about so much for me that she does mother me! She forces me to go to her humble home every day and eat. And if I don't cos I can't be bothered biking over to hers? I hear her little motorbike and horn coming up to my front gate with a home delivery. She may not have a lot of material wealth but she is wealthy in generosity. I have been really fortunate to meet many wonderful people here.... All who have fussed about me in their own way!As suffocating as it is sometimes..... I am still very grateful to all these people!!!! 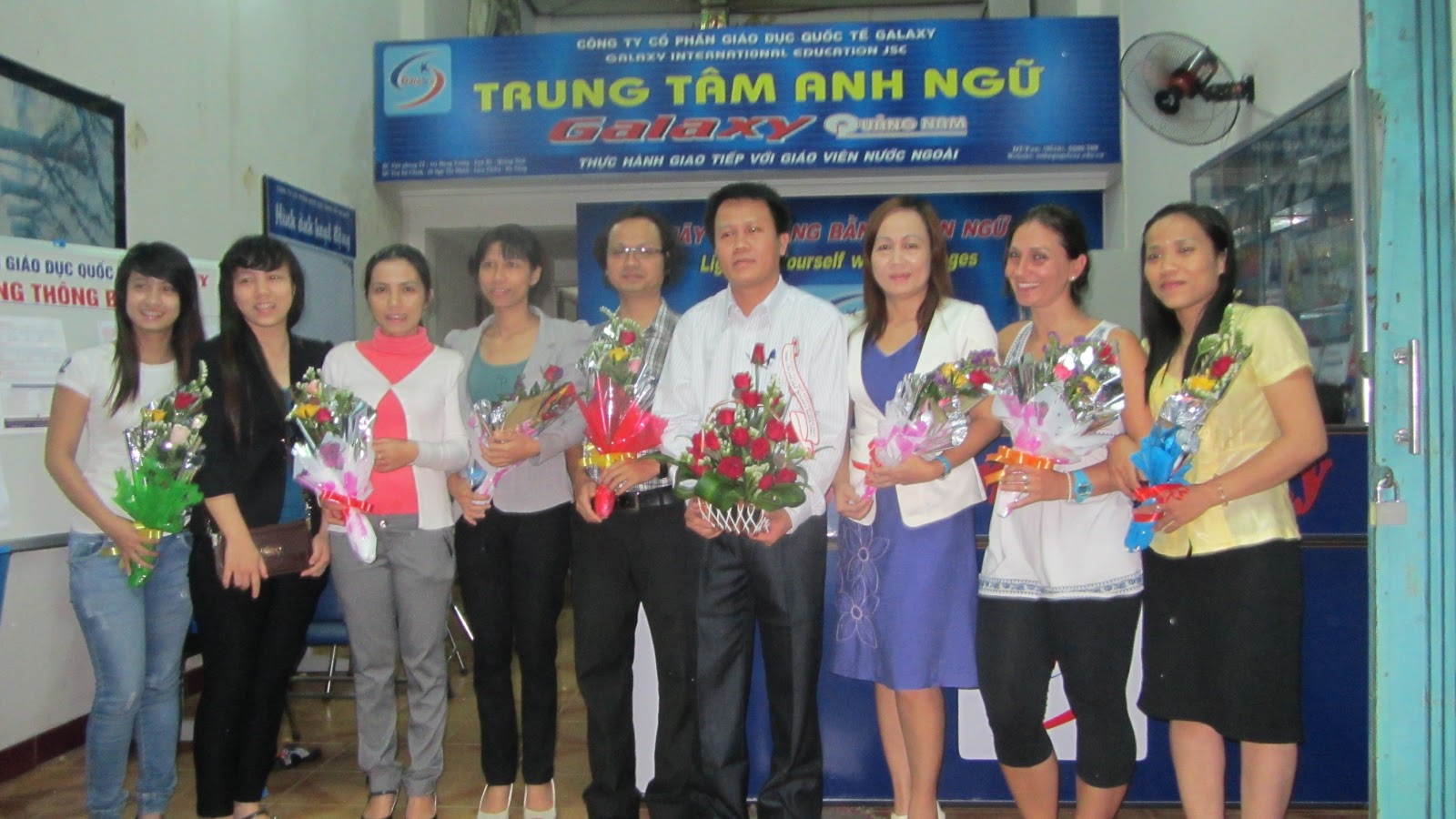 "Gentleness, self sacrifice and generosity are the exclusive possession of no one race or religion"  Gandhi.
Posted by Anna LittleShoe at 2:55 AM