It's not the natural order of life to lose a child... or three

It is with much sadness that I was told that two of my precious boys from the orphanage passed away from the mumps. The mumps? At first I was in shock and did not believe them. They must have it wrong. I swear I saw them yesterday. Didn't I?  Tomorrow I would walk into the orphanage and they would be there, running up to me with a huge smile on their faces. Would they? My gut was churning all night until the next morning when I returned to the orphanage.
But no. They were right. I confirmed it with four different people just to make sure and surely, the two boys had passed. That is three boys now in total and one young adult.
I went back and dug out all their photos from the last five years. I was in a state of disbelief that these two beautiful faces I would never see again. How could this be? I googled everything I could on the mumps. Fatalities don't occur from the mumps anymore. It's like one in ten thousand. How come I had four children (two from each place)  pass from the mumps?
There must be some mistake.
I'm told from the doctors here that it was the mumps. How much I trust their diagnosis is a different issue but all the symptoms they described sure sounded like the mumps: the huge swollen glands and testes.
There is sadly no treatment for the mumps.
Only a preventative.
I know babies get immunised here a month after a birth. What was that for?
A little digging revealed that the mumps vaccine was only introduced to the Vietnamese children's schedule beginning of this year. This means that none of the children at the orphanage would have gotten it.
Also, many of the children joined the orphanage later after birth and so there are no records at all as to even if the children were vaccinated previously.
Right. I had to do something.
I sent a message out to the long term volunteers and began a campaign for raising funds to get these children immunised. We had to get it done.
A doctor could come to the orphanage and give each child the shot for $20. Crazy to think that $20 could have saved the lives of the these little angels.
The response was astounding and the initial $2000 we were campaigning for reached $6000. Truly unbelievable.
With this much money I could now look into the entire immunisation schedule and go through the process of getting every child vaccinated.
What an amazing and wonderful group of people who made this possible. I am truly grateful and humbled by everyone's generosity. 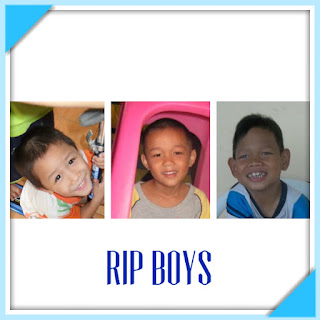 Posted by Anna LittleShoe at 4:15 PM