"We only part to meet again"


This was going to be huge.....
Everyday for the last 10 days the children were doing a countdown and asking me about the party.....
They would confirm with me everyday if they were still going.
The excitement was palpable. The day before the party, there was a buzz in the air.
The party is on tomorrow!!!!!
I was asked many times if I was taking everybody as they were all in disbelief I was attempting an outing with all 54 children from baby orphanage.
When I told the older girls that all of Peace Village and Phú Ninh Orphanage were coming too, their mouths were agape.

Everything was confirmed:
Restaurant was ready to go with a five course meal.
Ice cream was bought for desert.
7 buses booked and ready to go for coordinated pick ups.
Karaoke and music man set up.

I stood at the entrance of the restaurant as the buses pulled in.....I wish I had a video camera to record their faces. 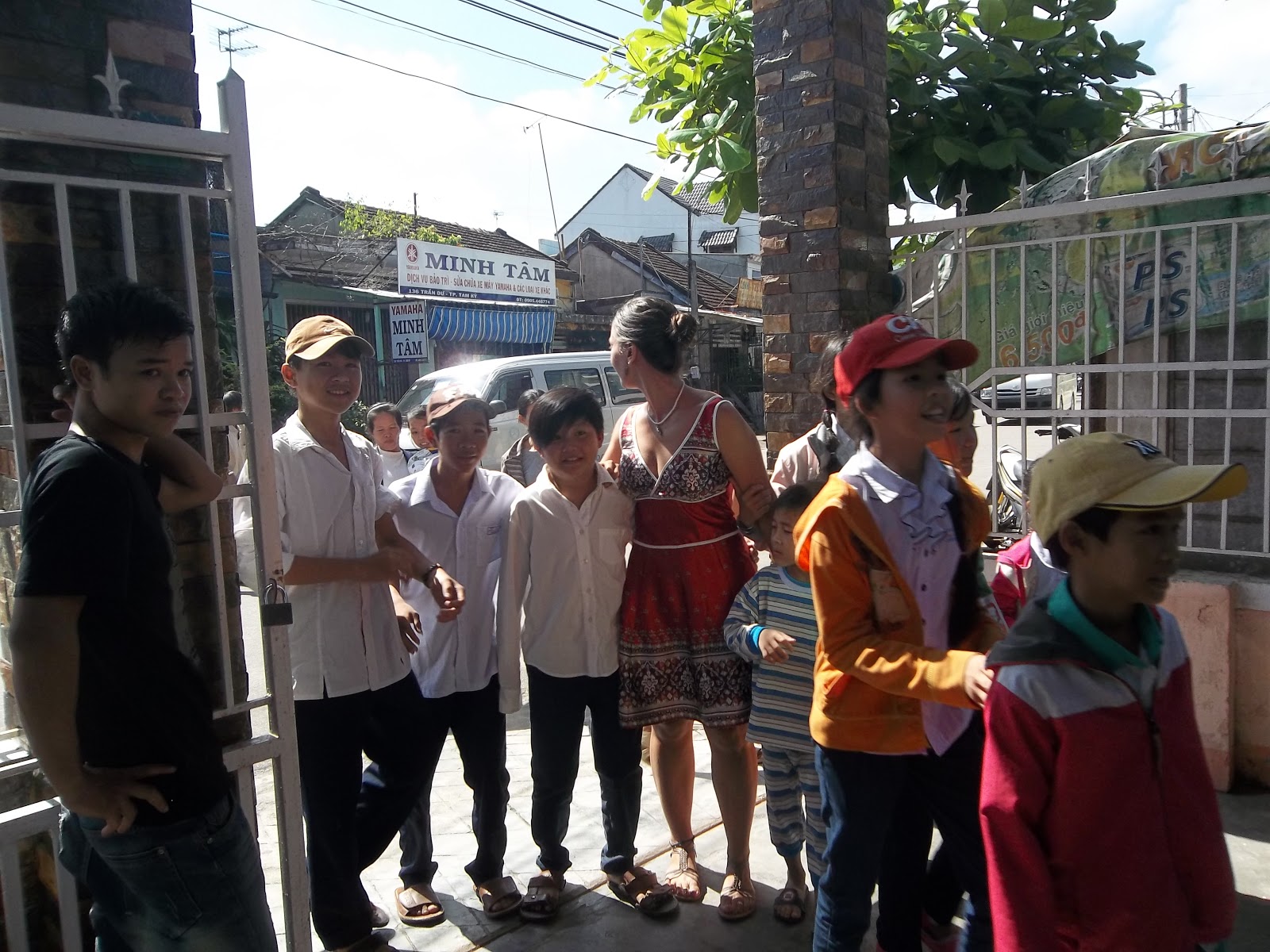 Everyone was dressed in their best. Everyone was clean and presentable and I cried at how much pride and effort the carers took to ensure they were all ready and looked as presentable as they could. If you didn't know any better, you would think they were just regular kids, out in the community. You would not be able to tell how much these young lives have seen and how much pain and suffering they have endured already. It makes me look at my problems and issues with a new perspective.... 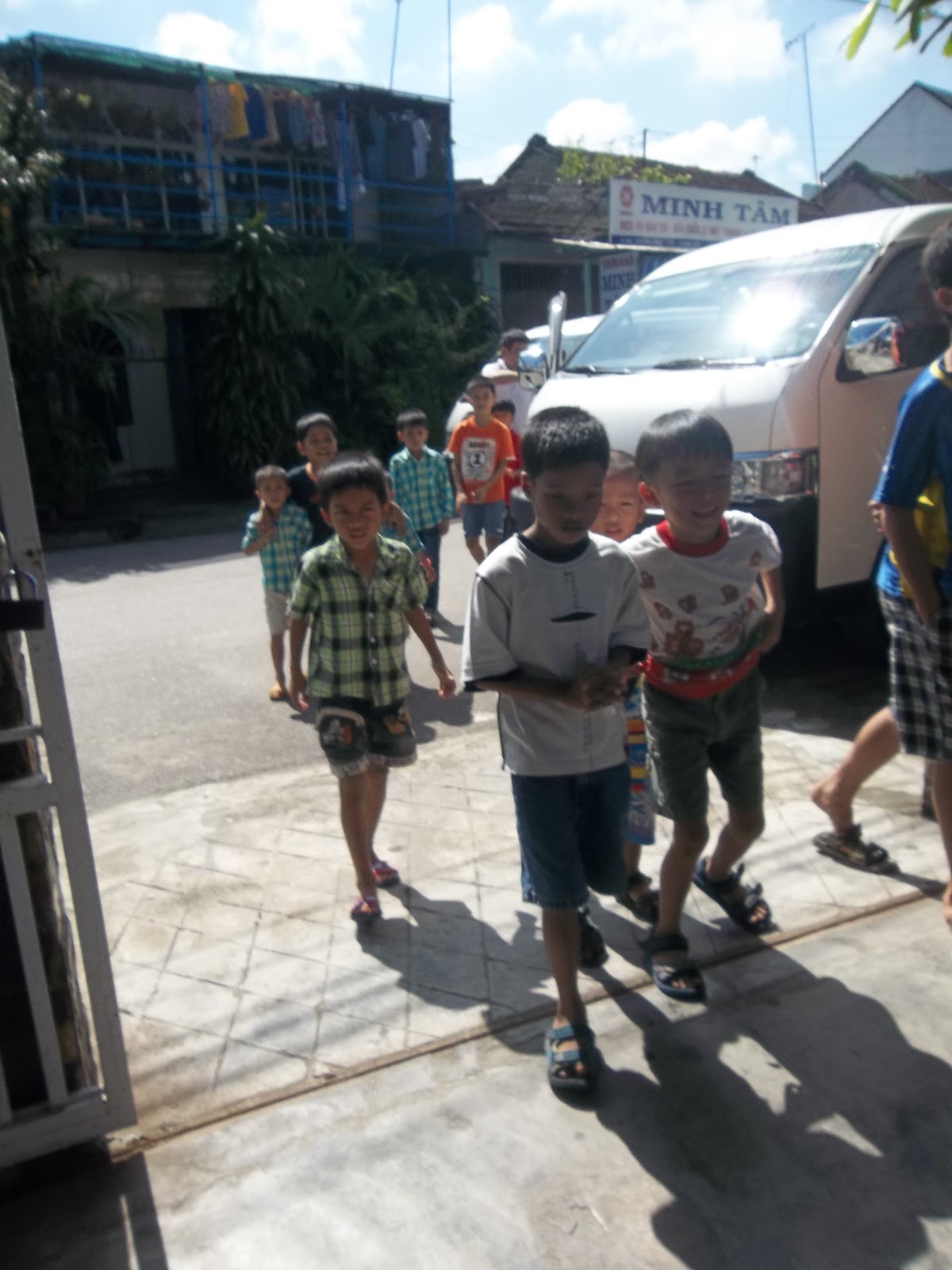 The younger children were astounded and fascinated with everything......
Peace Village residents were so excited that the carer told me no one slept, they all got up super early and bathed and dressed in their best.
Phủ Ninh were just one big ball of excitement with the widest smiles you have ever seen.

I made a short speech in which I cried of course telling them all that this year has been one of the best years of my life; I was so proud of each and every one of them at how far they have come and what they have achieved. I told them that I loved them all and they were not allowed to say goodbye to me but say see you later! 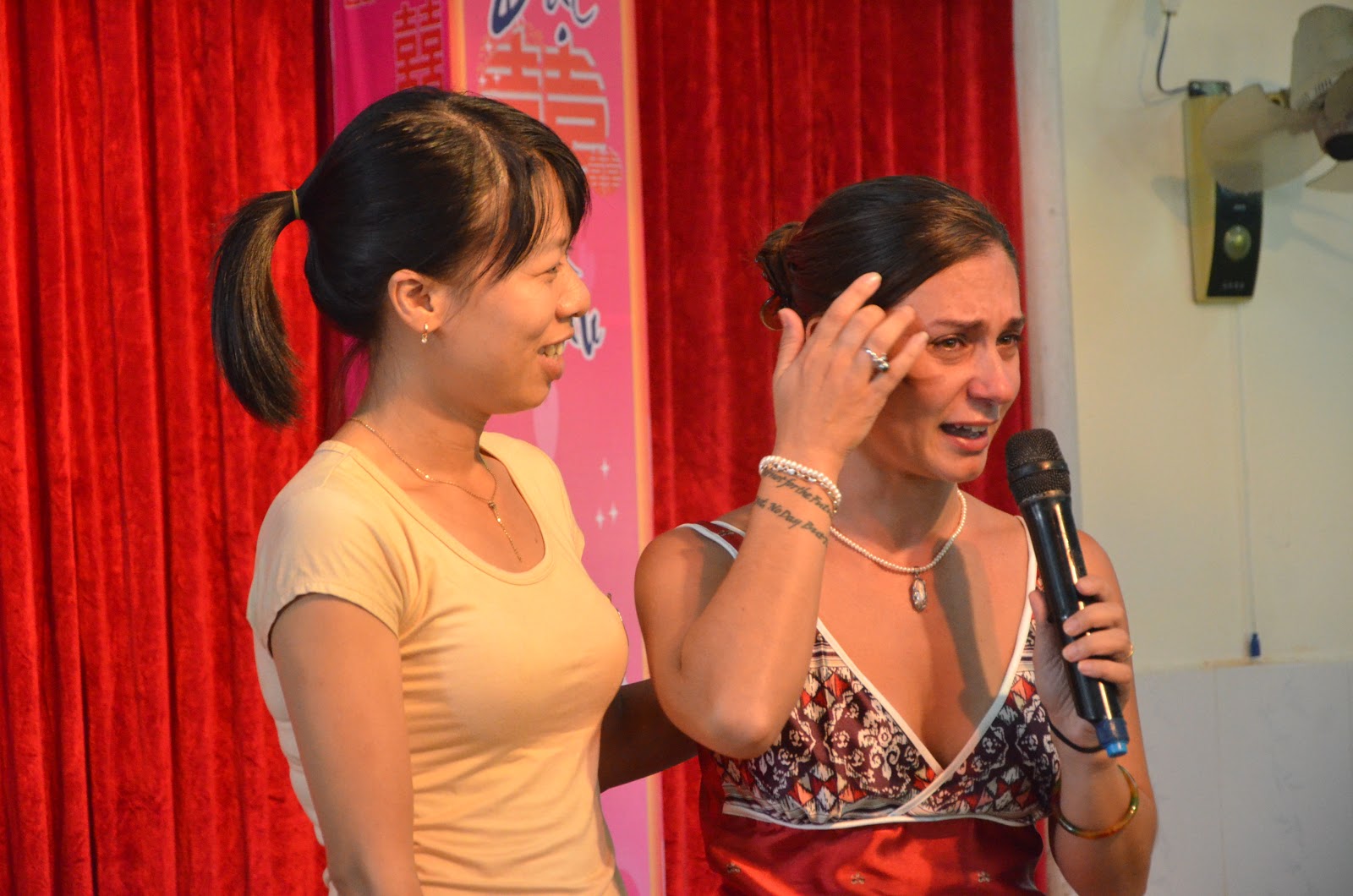 I stood on the stage as they all erupted in huge applause for me..... I scanned the room and watched all my children, the carers, friends I have made since being here.... And my heart swelled.....I am not sure I have the right words to describe that feeling I had at that moment.

And then the party was in full swing! So much food, endless drinks.... I handed out balloons, Xmas hats and then their Xmas presents..... 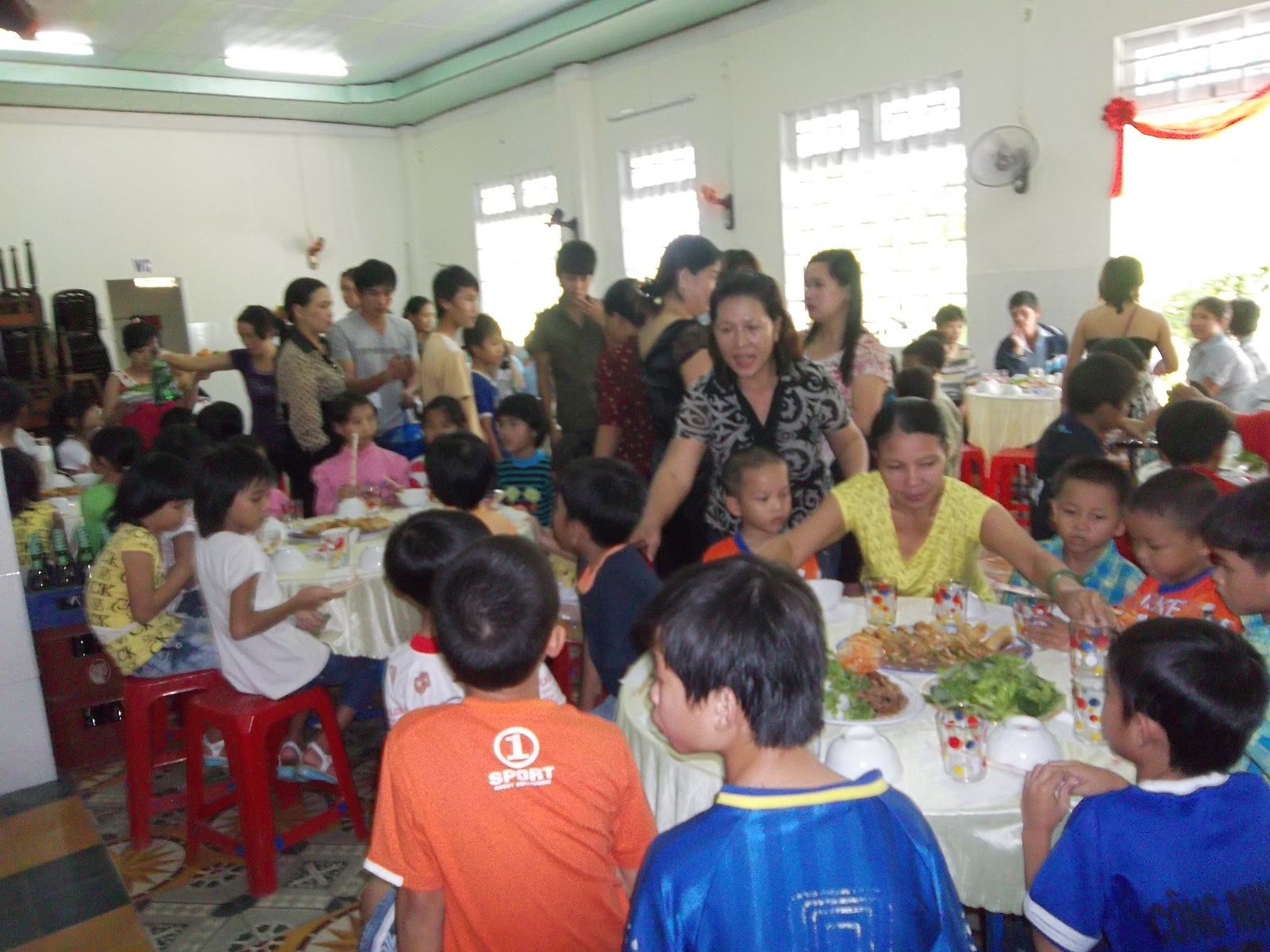 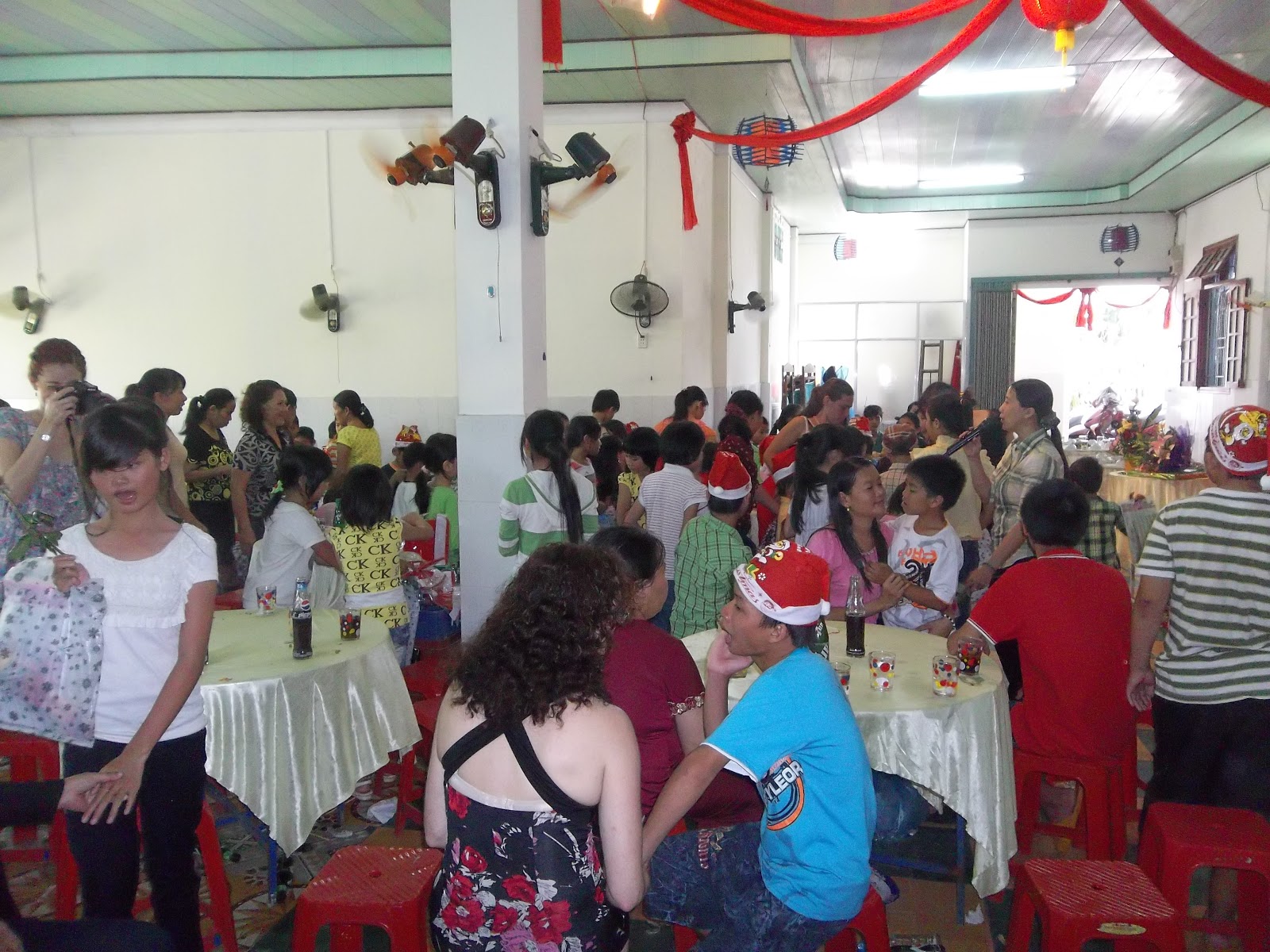 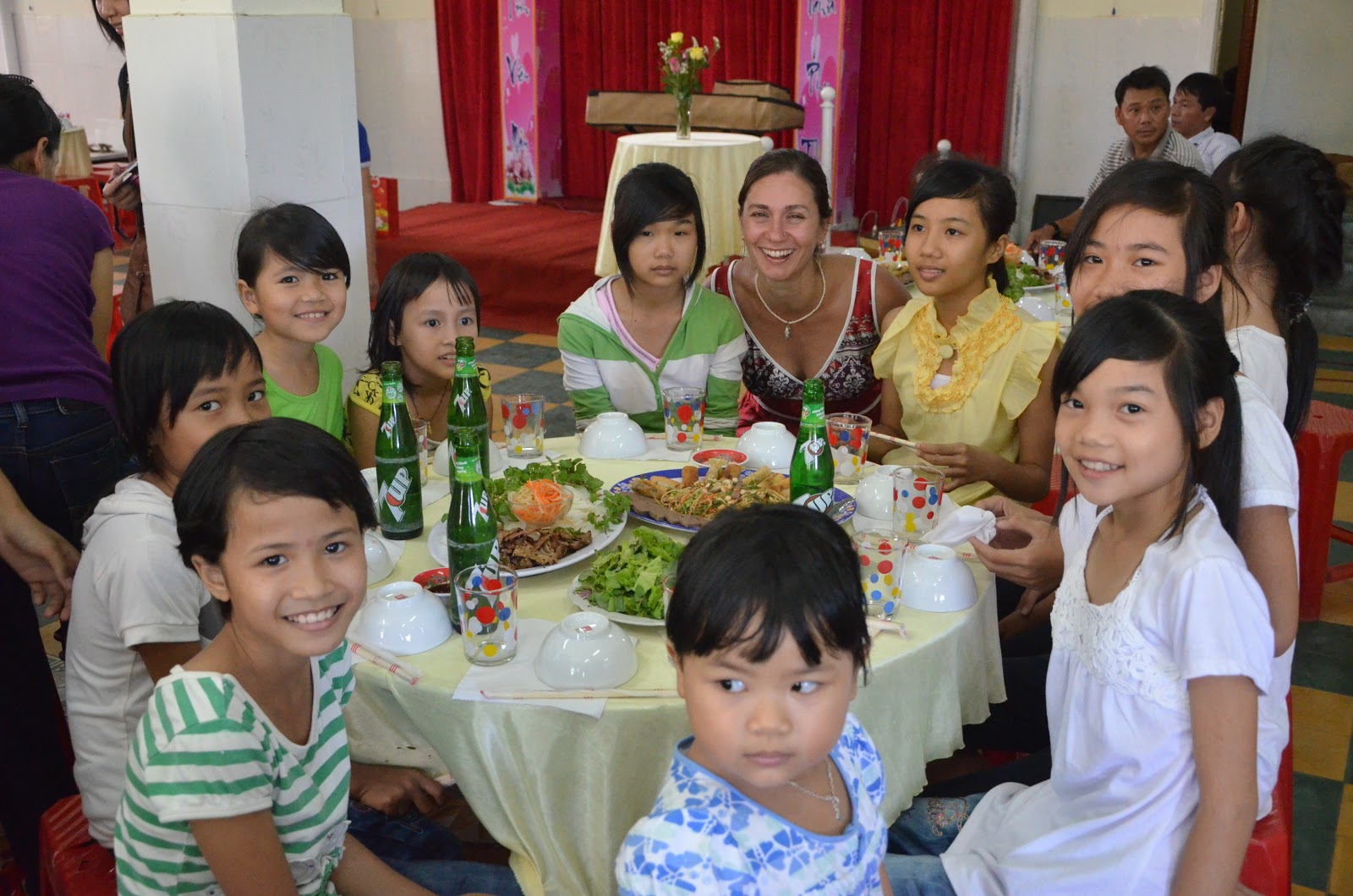 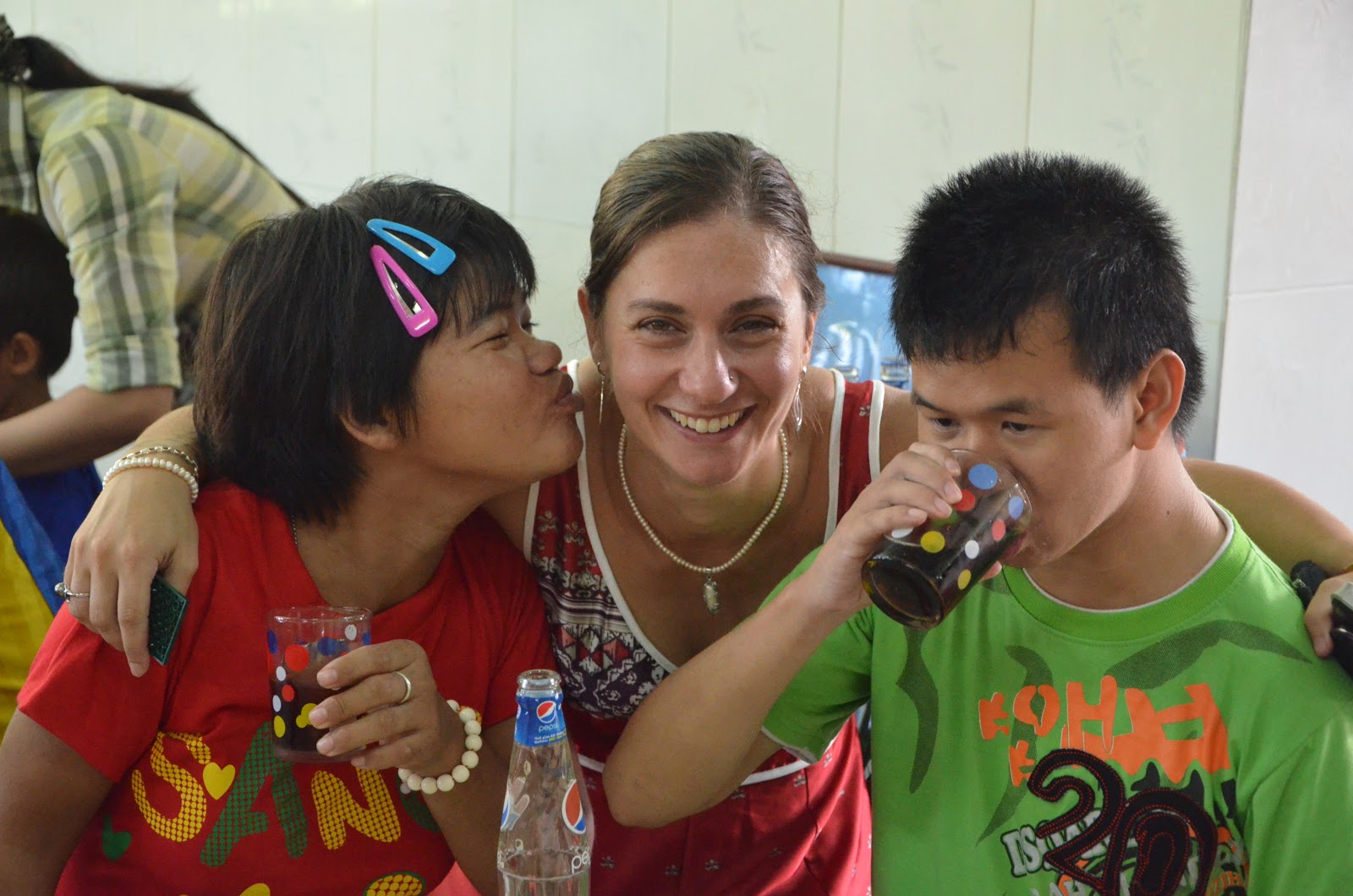 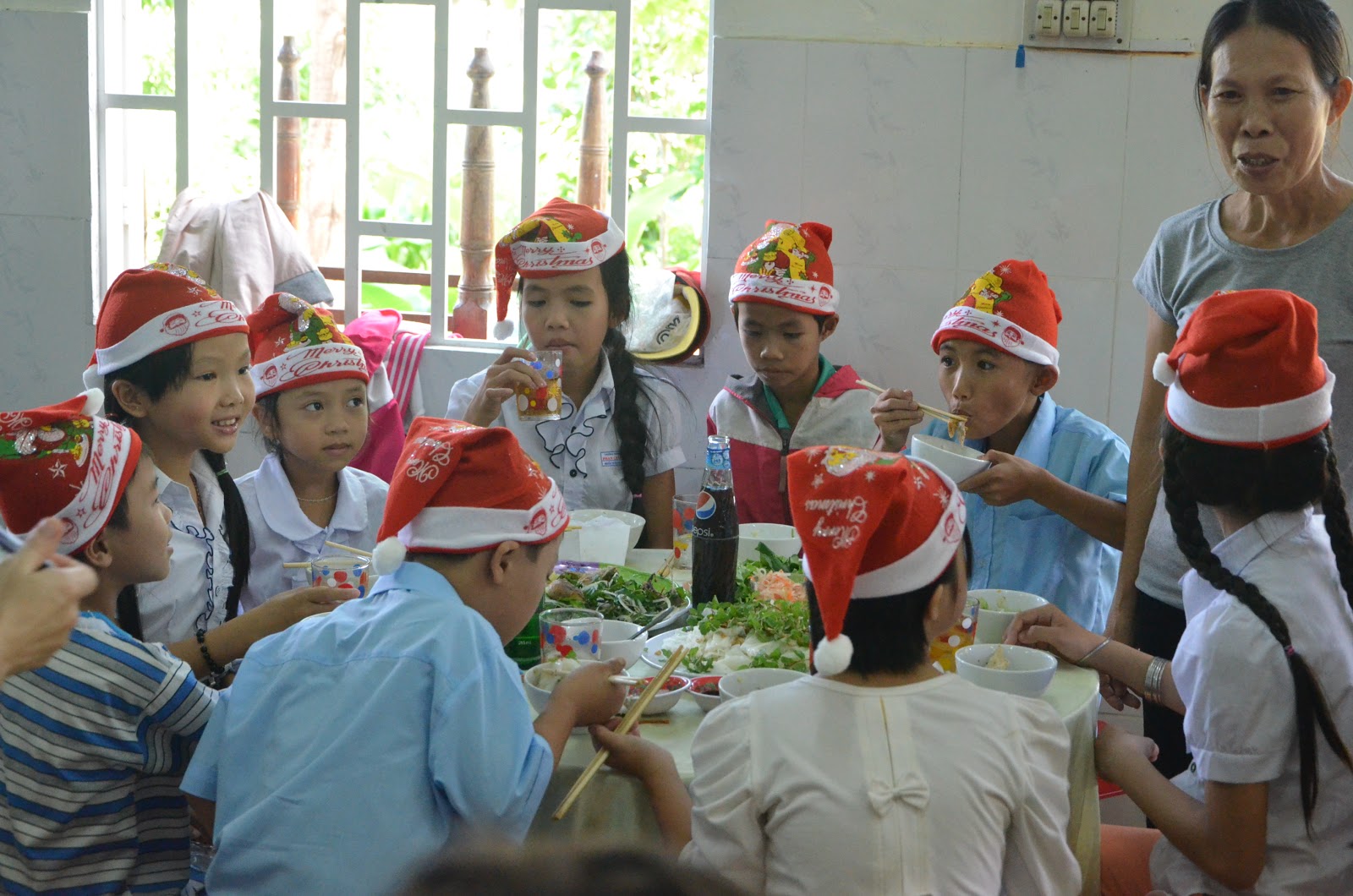 Their smiles said it all.
Many children got up and sang and I was so proud of them for braving an audience of 180 to get up and sing. 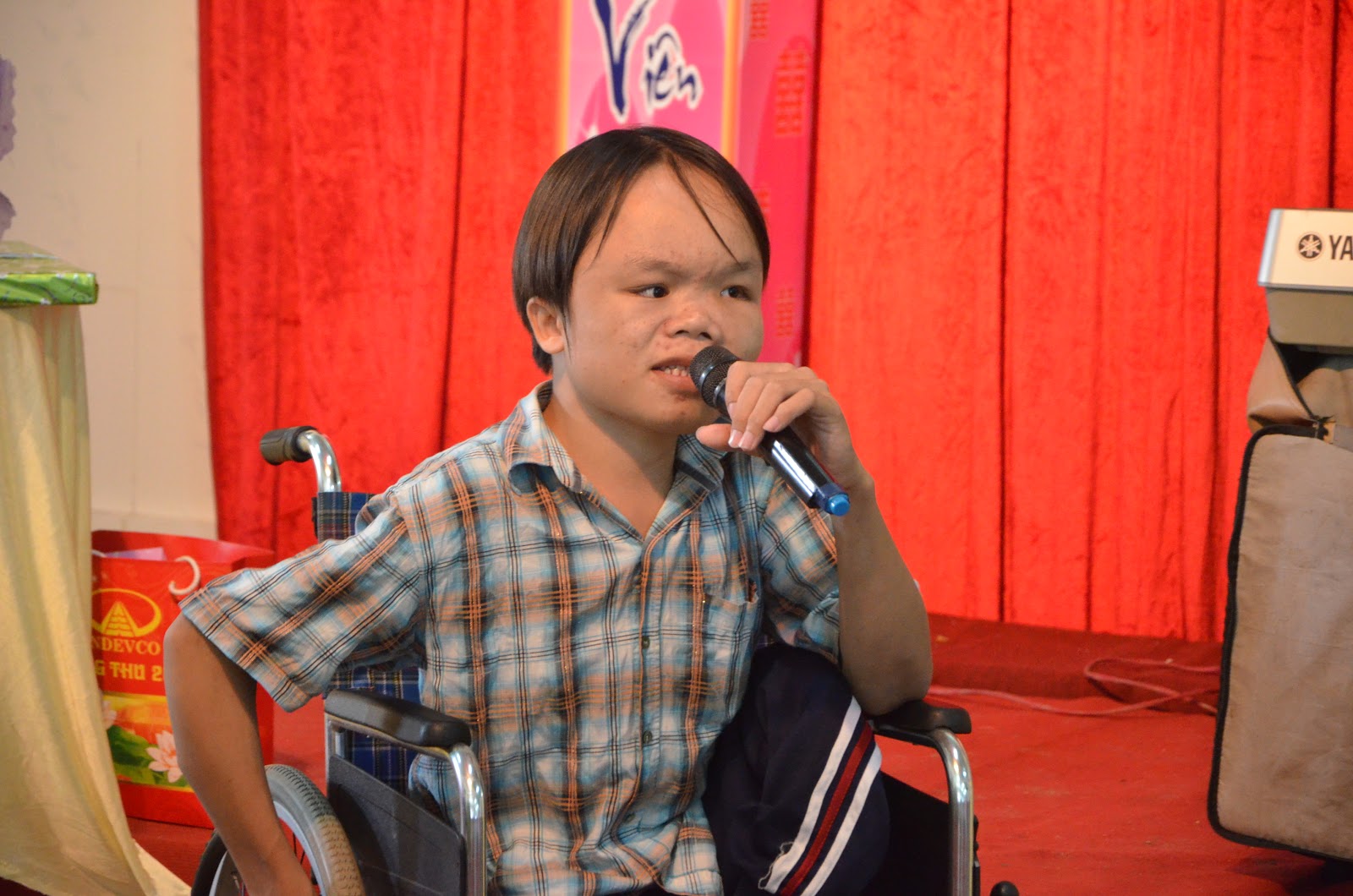 Tram sang a song about orphans, a song which describes how hard an orphans life is. She had tears streaming down her face and as I tried to comfort her and looked around the room, every single adult and some of the older children were in tears. You could feel the love and compassion in the room. It was very moving. 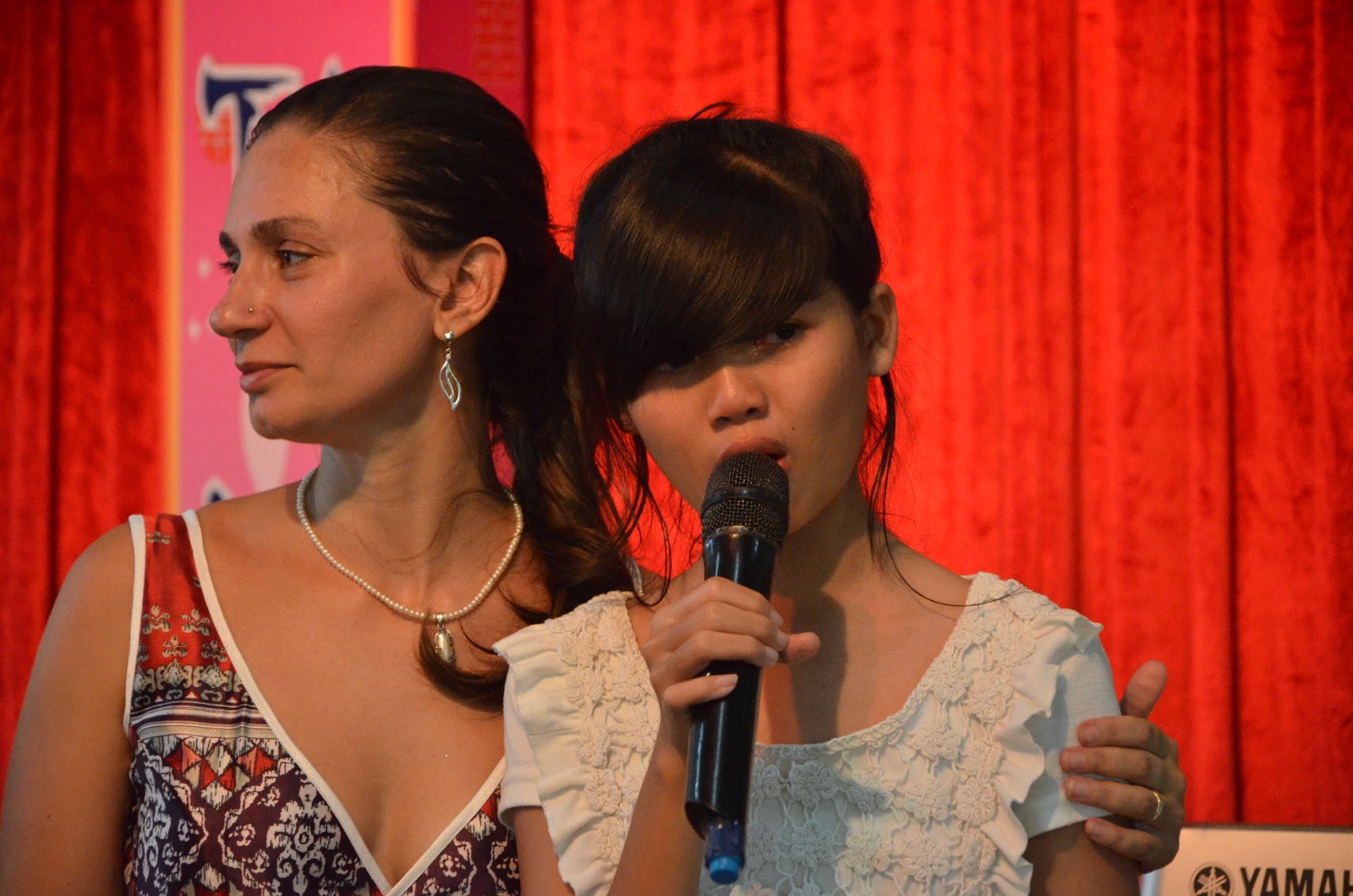 Seeing them all out saw my heart break into a tiny million pieces all over again..... Every single one of them said 'hen gap lai', see you later. Most of the carers were in tears, I got squeezed and hugged till I couldn't breathe.
The five oldest girls at baby orphanage whom I am very close to gave me a bag full of gifts and they all broke down. They were all crying hugging me, I was crying and I wasn't sure who was comforting who. These girls have been an amazing support for me recently and they know I don't want to return home at the moment. They told me to stay and they will look after me. I explained to them that the adult real world was calling me for now but that I would return.... We each did a pinky promise and stamped it and sealed it. 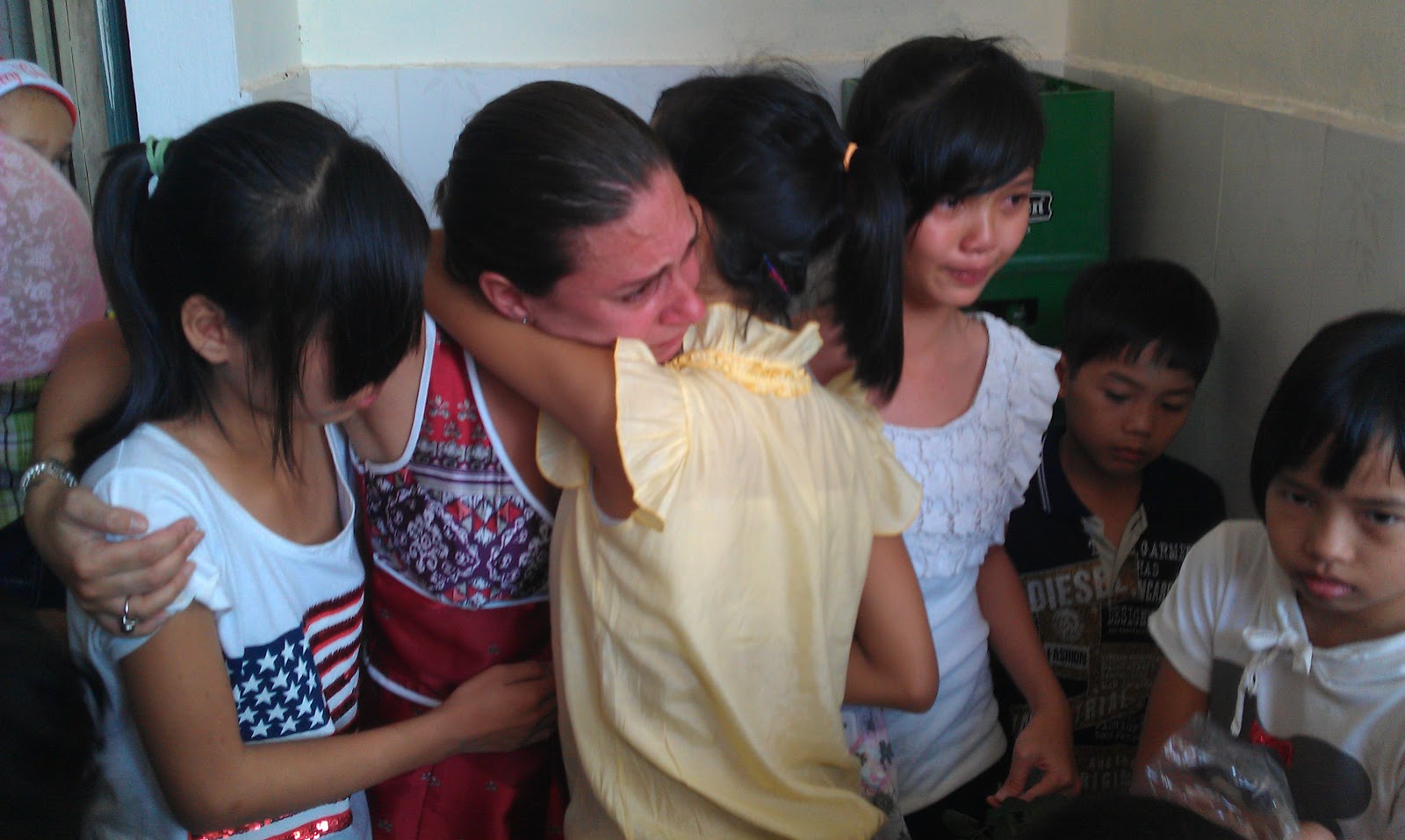 My older boys from Peace Village who comprehend what all this is about were so emotional they hugged and squeezed me and said thank you. Darling Truc who sometimes has no idea what is going on, hugged and kissed me and said very clearly 'I understand Anna loves me'.

I watched them all get on the bus with them waving to me as they drove off.
As they turned the corner, I exhaled deeply and then fell into a ball and sobbed.....

Next week's final 'see you later' is going to require some super strength. However, I must keep in mind at how lucky I am to have something that makes saying goodbye so hard...