"If I'm remembered for having done a few good things, and if my presence here has sparked some good energies, that's plenty" - Sidney Poitier

On the weekends I go to another town to visit the 13 kids that got moved here last year. They have adjusted pretty well considering. One of the girls hated it and she left and unfortunately, has been nothing but trouble, roaming the streets with boys and not listening to anybody. Quite sad really. She did reach out to me but only wanted me to give her cash and I wanted to meet up with her and see her before giving her money. She never did come to see me and was not picking up my phone calls.

This time round, I took the two oldest boys with me as well as the two oldest girls again. It was a huge treat for the boys and they were secretly excited; I was watching them from afar as they went to their little pigeon hole and were trying to choose the best outfit they owned for this special trip, an hour and a half away.

Its interesting observing the difference between the two. Girls are girls I guess and boys are... well.... boys. The boys were surprised and excited when they got there and showed them around. 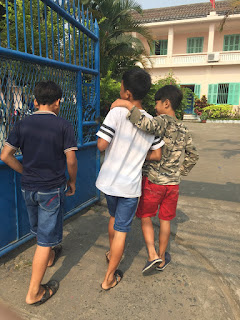 And then they didn't even care about spending every minute they had together, like the girls, they just went off and did their own thing - they ended up across the road playing soccer with a bunch of randoms! 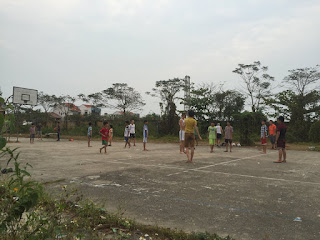 At lunch, I took them to a hotel room to rest. The girls slept of course, but when I returned, the boys were still awake, glued to the tv and had not moved. They must have returned to the orphanage and told the other boys about it as even 6 year old Xuan asked me when he could come with me and stay at a hotel! 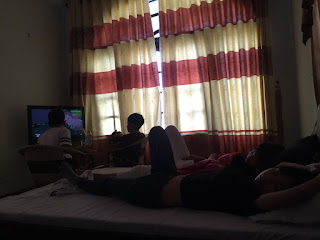 The girls are sweet and although we have a language barrier, they still try to communicate with me and get me involved. I think its just nice that I am there. That I hang around and watch them do their things and if they need anything they ask me. Our trusty two way English - Viet dictionary helps us out along the way, with hand gestures and charades to cement our intention!
We had a great afternoon, trying to use the wifi from the photo shop next door and using my phone for you tube to listen to pop songs. The girls like Taylor Swift, Justin Bieber, Adele and they currently have a huge crush on Adam Levine from Maroon 5. It was a sight, with us standing in the doorway, moving my phone around every time it buffered to get it playing again. I would keep singing the lyrics even when it was buffering and the girls would laugh at me. 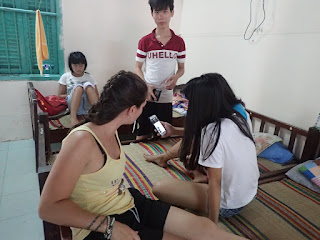 They told me they needed a few things - the girls needed pimple cream and shoes and bags for school and the boys needed clothes. I met them after school at their school gate and we went to the markets to buy them what they needed. Some of the boys then snuck out of the gate and joined us. 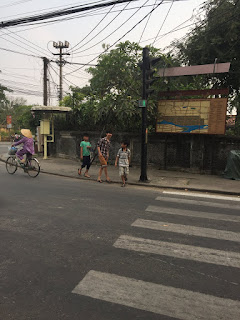 As we were walking down the street, a few more of the kids saw us as they rode past on their bikes on the way home and so they stopped and joined us too. It was quite funny.
It was touching watching the girls try to help the boys shop for clothes. The boys had no idea and were taking forever going from shop to shop (we did not have time! They had to get back to the orphanage!). The girls were great at helping them choose the fashionable clothes and bargain with the ladies there..... 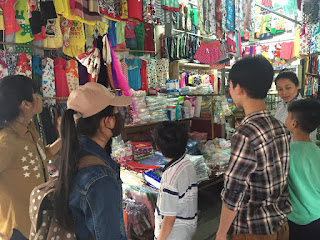 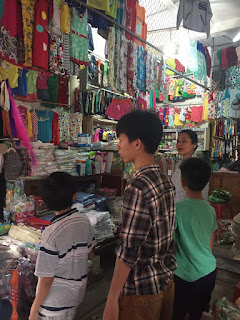 I gave them $10 each to buy what they wanted and that was like a million dollars. Phuong, one of the eldest girls, at 15 years old, always tries to give me money back and is careful about what she tells me she needs. If she thinks I have already spent a lot of money, she wont even tell me what she needs!
We saw a collection of Cath Kidson purses and I mentioned in passing that it was a brand I liked and that we had in Australia.
When we said goodbye, she handed me one of the purses with a four leaf clover bracelet and said it was for me. She bought it out of the money I gave her for herself. She made me cry. She told me not to cry and that she loves me and always wants me to be lucky and that's why she gave me the bracelet. 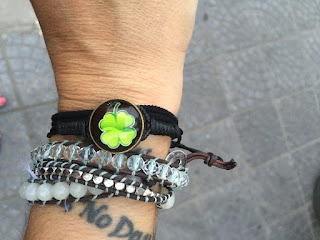 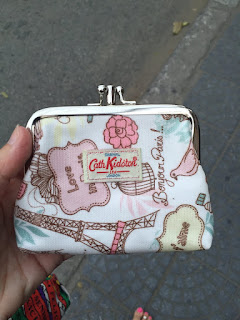 The boys asked me if I was getting married and I said no and I asked them why they kept asking me this every time I saw them. They said it was because they thought that if I got married, I would forget them and I will stop coming to see them. I cried again and told them that I would never forget them and even if I did get married, I will always come back and see them.


Posted by Anna LittleShoe at 6:59 PM